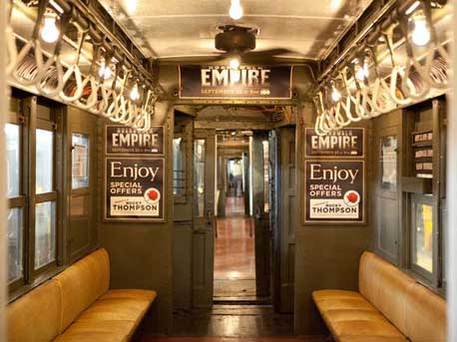 All the news that's fit to craft from around the web.

From an unexpected craft expert (hint: she's a rock legend's daughter) to a Hollywood actress schooled in vintage, this week's Craft Bits is packed with plenty of personality. But can they compare to this fantastic vintage subway car that'll run in New York City on September 25?

This old-timey car will transport riders to stops along the 2/3 line ... and straight into 1920. It's to promote the new season of Boardwalk Empire and the car is 100 percent authentic, right down to the signage. We're totally on board.
Read more about the vintage subway car at Gothamist.

Core77.com
Steel Goes Old School
In terms of production, that is. Steel is always associated with "modern" jewelry designs, but J.L. Lawson is giving the material an old-school spin with vintage production methods. Rings and bottle openers are hand-sculpted using a milling machine.
To read more about this old-meets-new approach to steel crafting, visit Core77.

Telegraph.co.uk
Christina Ricci Defines Vintage
Two things we learned about in this profile of Christina Ricci: She's going to be on a TV series this fall (Pan Am) and she's super into vintage. What also got us thinking was Ricci's thoughtful discussion on what is vintage and what is just out-of-date....
To read more about Christina Ricci and vintage, visit The Telegraph. 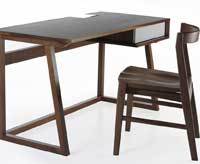 Cleveland.com
Want to Exhibit in a Furniture Show?
Then make your own show! A group of furniture makers and designers in Cleveland are getting together for their own self-made show, to prove that design exists outside New York and Los Angeles. We love the title of it (F*Sho) and their completely unstuffy approach to an often-stuffy type of event. Instead of schmoozing and standing around, you'll enjoy the music from a local DJ. And it's working for them: Last year's F*Sho attracted 1,500 visitors. Definitely take a look if you're in Cleveland September 9.
For more info on F*Sho, visit The Plain Dealer.