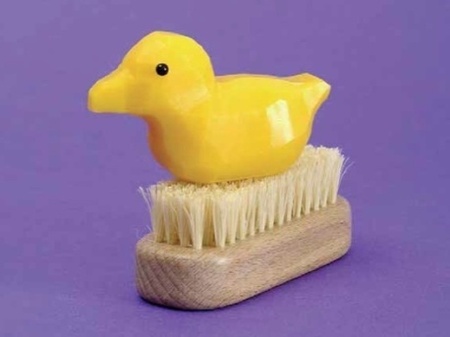 Soap carving is often used as a precursor to carving wood—notably by the Boy Scouts of America, for whom it is a long-established tradition. Soap isn’t really all that similar to wood, but it is cheap and readily available, and it offers a good way to introduce you to handling knives and making some basic cuts. Use a short-blade kitchen knife—the one you’d normally use for cutting vegetables is fine (but the blade should not be serrated). YOU WILL NEED: A bar of bath soap Paring knife Straight pins with ball ends (for eyes) 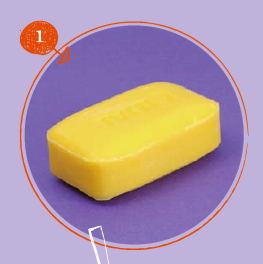 Your bar of soap should be convex, not concave: a nice fat one is best. You could etch the side profile of the duck onto the soap if you like, but it’s not really necessary. 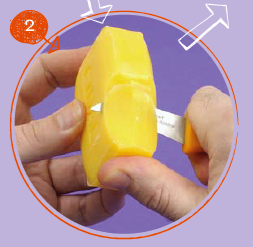 Establish the back, removing the area behind the head. Start about halfway across the top and cut toward the back, making large paring cuts—or you can do it little by little if you prefer. Cut to about halfway down the bar, scooping out the whole of the corner. 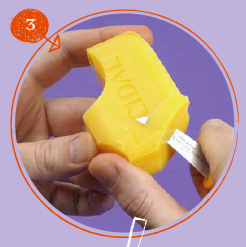 Establish the beak by cutting a curved corner off the top and a larger one off the bottom, leaving a flat piece at the front for the beak. It’s starting to look like a duck already. 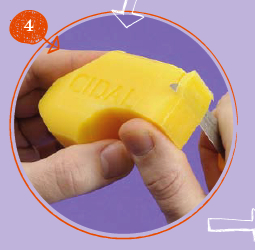 Scoop out a small piece from the tail end, curving the knife around as you cut. Leave the rest of the bottom completely flat. 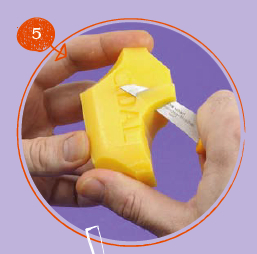 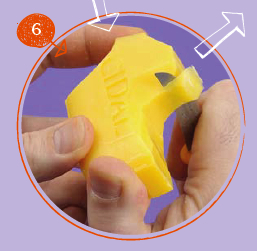 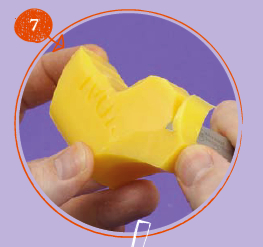 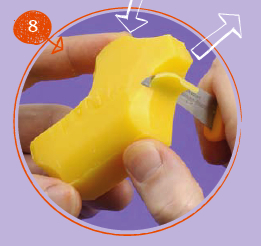 Create the underside of the beak by cutting down in a curve toward the neck. 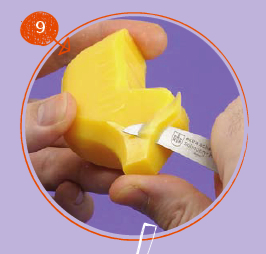 Use paring cuts to slice off the sharp edges left by previous cuts and to refine the shape of the beak. This is the tricky part, so work slowly and look at the face carefully after each cut to make sure the shape is progressing as you want it. Round off the remaining edges and tidy up the details, checking for balance and symmetry. Examine your duck from every angle and make small cuts, where necessary, to refine the shape until you’re happy with it. Carefully insert the pins for the eyes and you’re done. TIP: Use straight pins with ball ends for the eyes—but if you use your completed soap ducky in the bathtub, remember to first take out the pins! 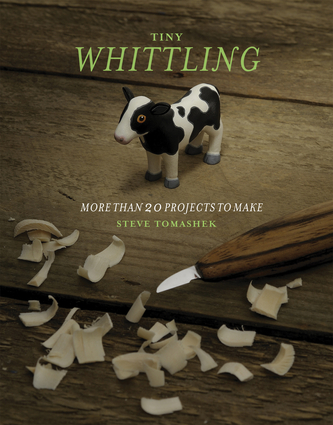 This soap carving project is excerpted with permission from <a href="http://www.amazon.com/gp/product/161374496X/ref=as_li_qf_sp_asin_il_tl?ie=UTF8&camp=1789&creative=9325&creativeASIN=161374496X&linkCode=as2&tag=craftfocom-20">"Tiny Whittling: More Than 20 Projects to Make"</a> by Steve Tomashek and published by Chicago Review Press.