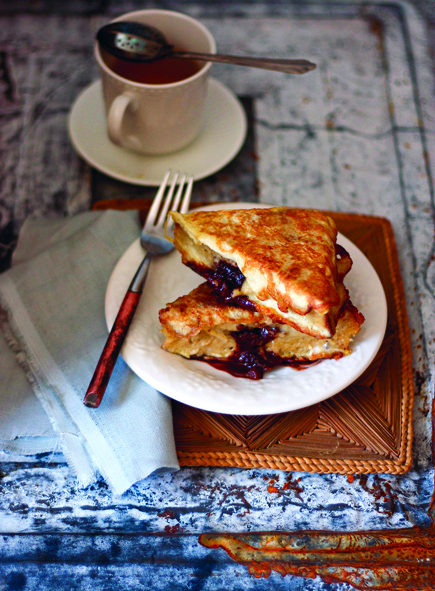 Preheat the oven to 300°F. Make the cornbread, and when it's cool from the oven, trim the crust from the sides and bottom.

Cut the bread into 4 squares. Then cut each square on the diagonal so that you have 8 triangles that are about 1 & 1/4" thick.

Line a baking sheet with unbleached parchment paper, and bake the cut bread for 15 minutes.

Flip the bread pieces over, and bake them for another 15 minutes. (Baking dries the bread so that it will absorb the egg mixture.)

When the bread is done, remove it from the oven to cool, and turn off the oven.

When the bread is cool, use a serrated knife to make an incision in the longest side of each triangle. Move the knife from left to right inside the incision to create a pocket for the chocolate.

Stuff 2 squares of dark chocolate into each pocket. Repeat until all the bread has been stuffed.

In a 9" x 13" or 3-quart baking dish, thoroughly combine the eggs, coconut milk, and salt with a fork.

Place the stuffed bread in the egg mixture, and soak each side for a few minutes.

Preheat a 12" heavy-bottomed skillet over about medium heat. Fry the stuffed French toast in coconut oil until nicely browned on each side. 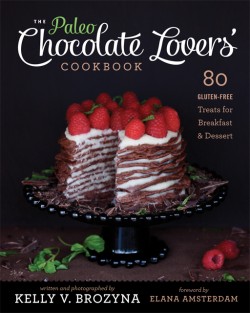