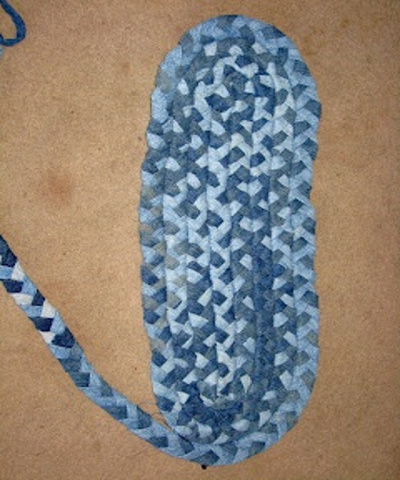 Last week we cleared out all our closets and now I have 6 bags of old clothing to throw out, 4 of which are jeans which are either torn or simply worn out. Most of the clothes were given away, but the only option for the jeans was the trash. But since I am somewhat a hoarder and I don't like throwing things away without a good reason, I decided I should repurpose all the jeans somehow and make them useful. And after some research and lots of ridiculous ideas, I decided to be practical and create a nice braided rug for the bathroom. It's a simple idea, which can be easily accomplished in a couple of hours, and doesn't require any special skills. And cleaning the rug has never been easier - just dip it in some soapy water. All you need are scissors, a sewing kit and some patience. Here are the details: 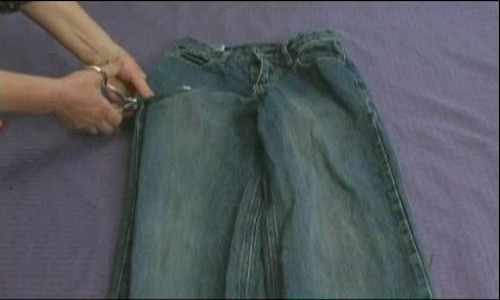 First you need to cut the old jeans into stripes. The legs are the place where you will be able to get the longest stripes, so you should start there. Cut off the leg parts of the jeans, then either unsew the seam or simply cut it, so you can have one layer of material. After that you'll need to cut the piece of jeans into long stripes, each of which should be about 5cm wide. 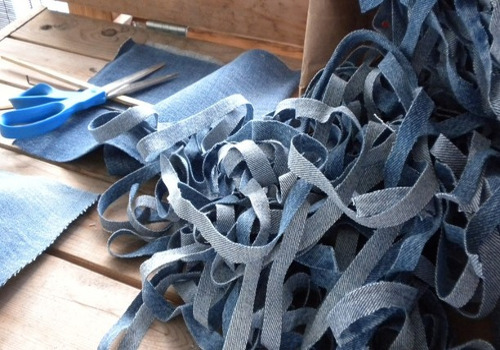 Once all the jeans are cut to stripes, you will have to sew the stripes together, so you can get a longer piece of material. You will actually need 3 pretty long stripes in order to create a nice braided rug from them. So, get the sewing kit and start connecting the pieces! I estimated that these stripes will need to be at least 2 meters long in order to get a decent rug out of it. 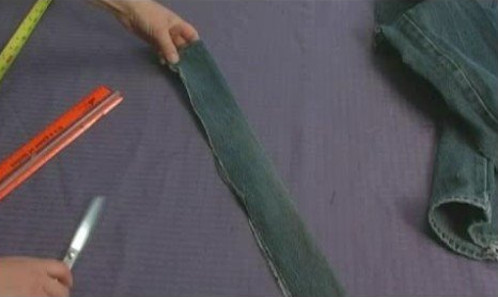 Now it's braiding time! You can either sew one of the ends of the stripes together or pin them to something stable, so they don't move much while you're braiding. This is a quite time consuming and tiring task, but it's basically the main step. Just keep braiding a simple braid with 3 stripes until you reach the end of it. 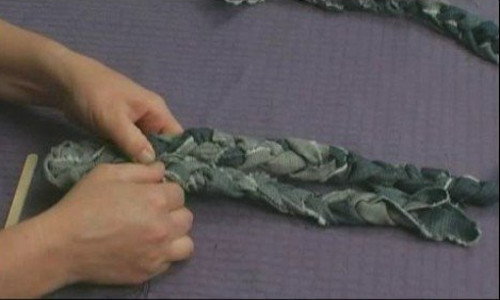 When your braid is ready, it's time to arrange it on the floor and sew it so it can form a rug. You can arrange it in all kinds of shapes. You can start from the middle and arrange a circle or a square. I personally chose the easiest way out – I created an ellipse. You just place like 40cm of the material in a line and start folding the braid around it. If you want to make it even easier, you can sew together the first two lines before continuing with the folding. 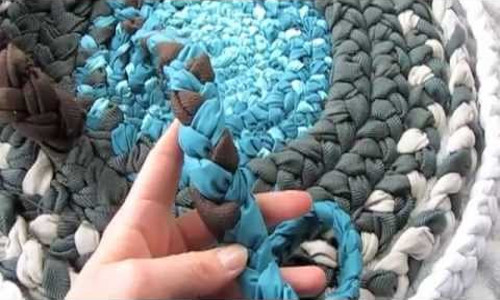 After you arrange the braid in the shape you want, it's time to sew it together, so it won't move around and change shapes whenever you kick it. So, add a few stitches in the space between the folds, so it can keep together. Then pick it up, shake it a little and if you notice that it's not holding properly somewhere, add a few more stitches. And this is pretty much it! Enjoy!