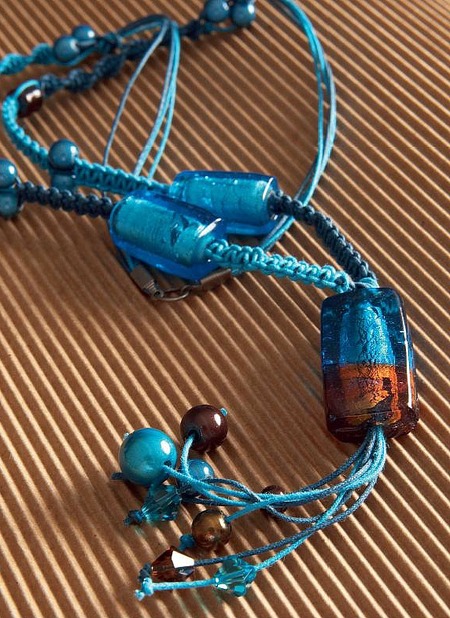 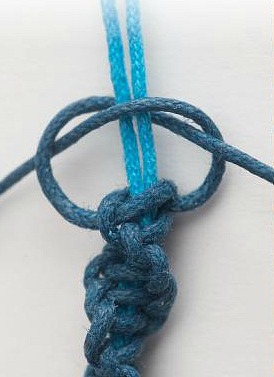 Cut the beading cord into eight 1 m lengths. Thread all eight strings through the large focal bead. Thread a different bead onto the end of each of the eight strings, then tie a secure knot in each end. 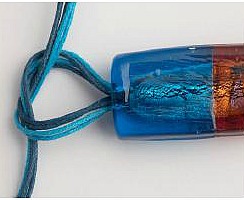 Apply clear nail polish to each knot to prevent it from coming undone. Divide the eight strings into two groups of four, then tie a single knot above the focal bead. 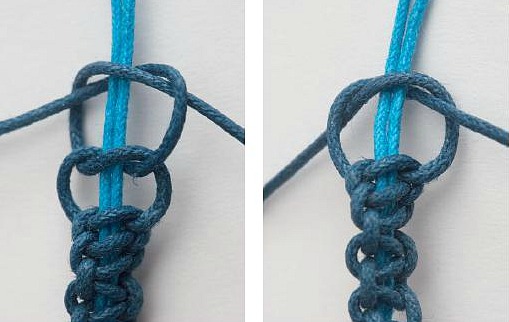 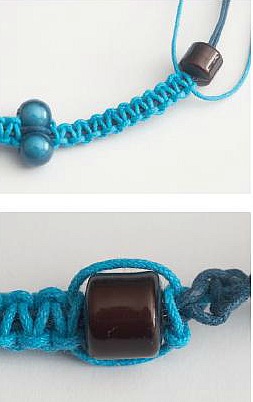 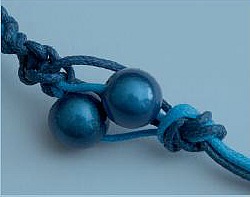 Thread a 6 mm fisheye bead onto each of the four core cords, then tie all four strings together just above the beads. Repeat on the other side. 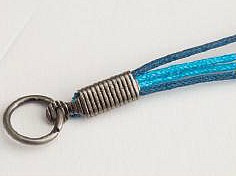 Insert the ends of all four strings into a cord crimp end on either side, then firmly close the crimp end. Attach the jump ring to one end and the fastener to the other.