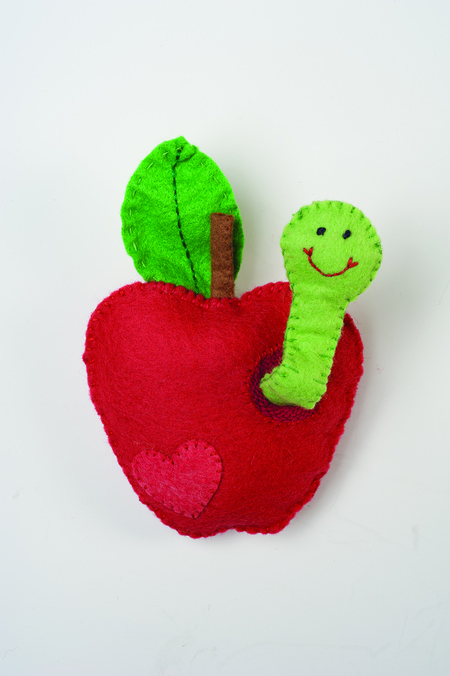 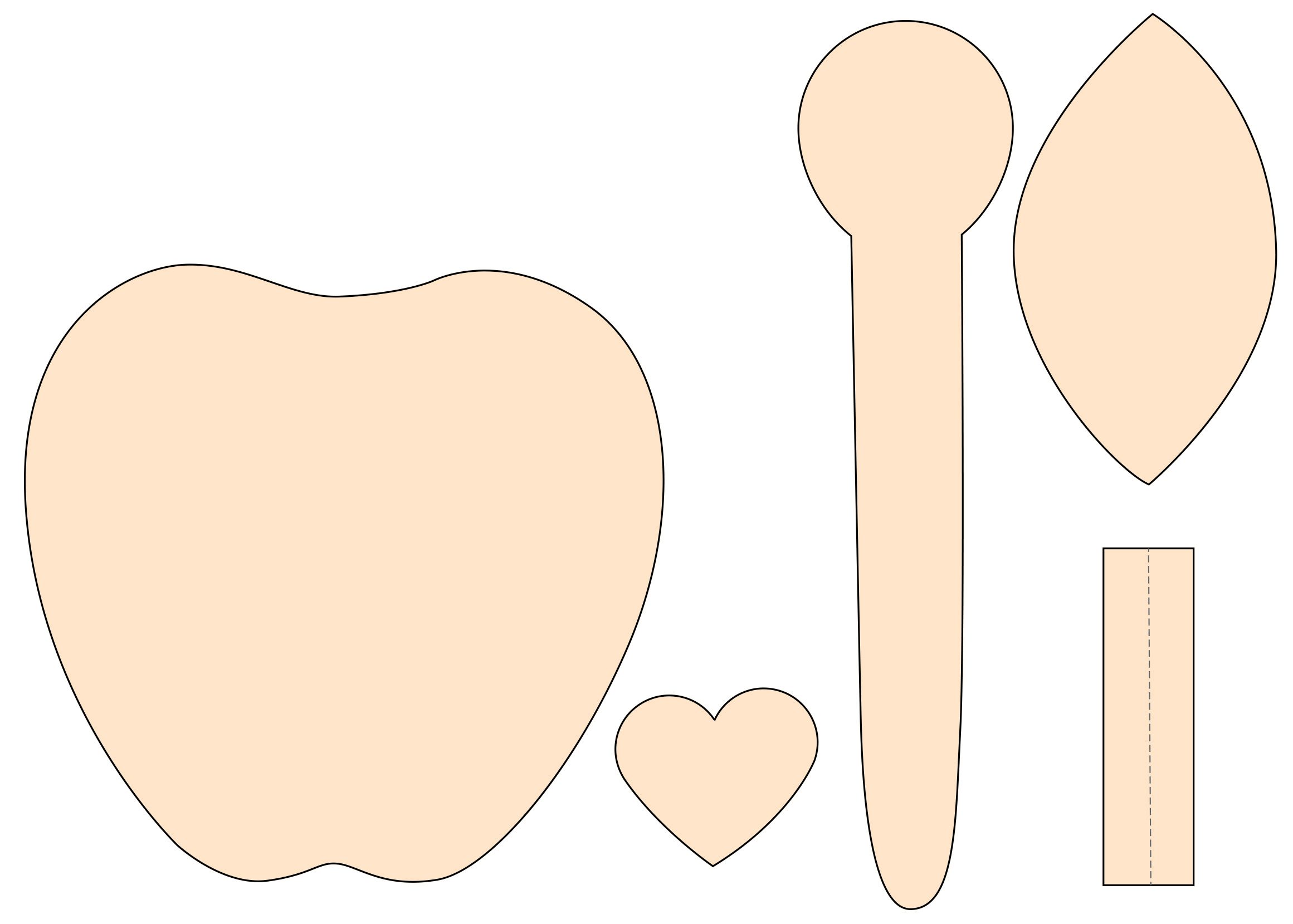 Enlarge the pattern by 115% and cut out all the pattern pieces. From the felt, cut two red Apples, two chartreuse Worms, one green Leaf, one light red Heart, and one brown Stem. Using the pattern as a reference, cut a hole from one of the apple pieces. Heat set the heart. Cut one finger from the glove. 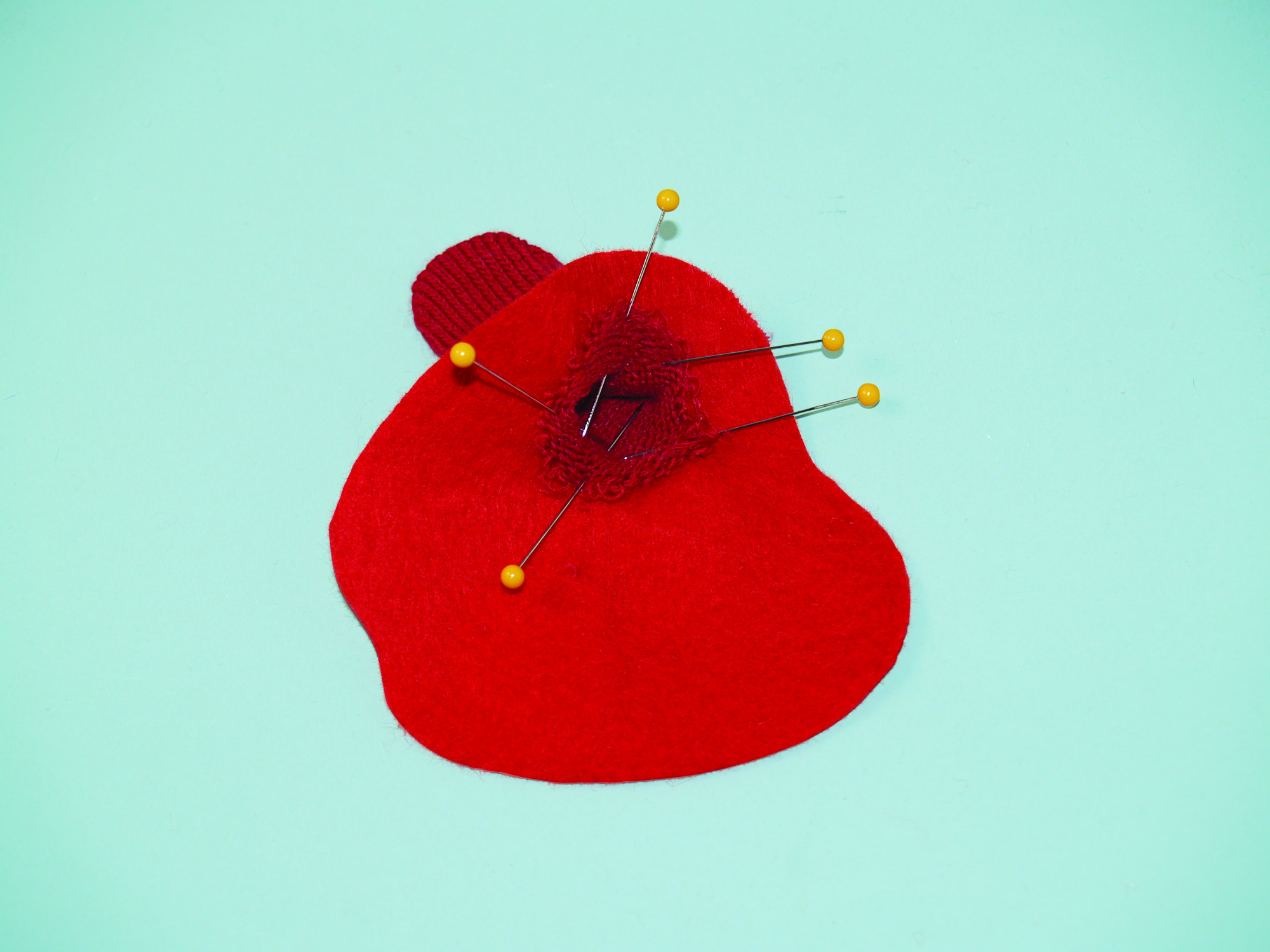 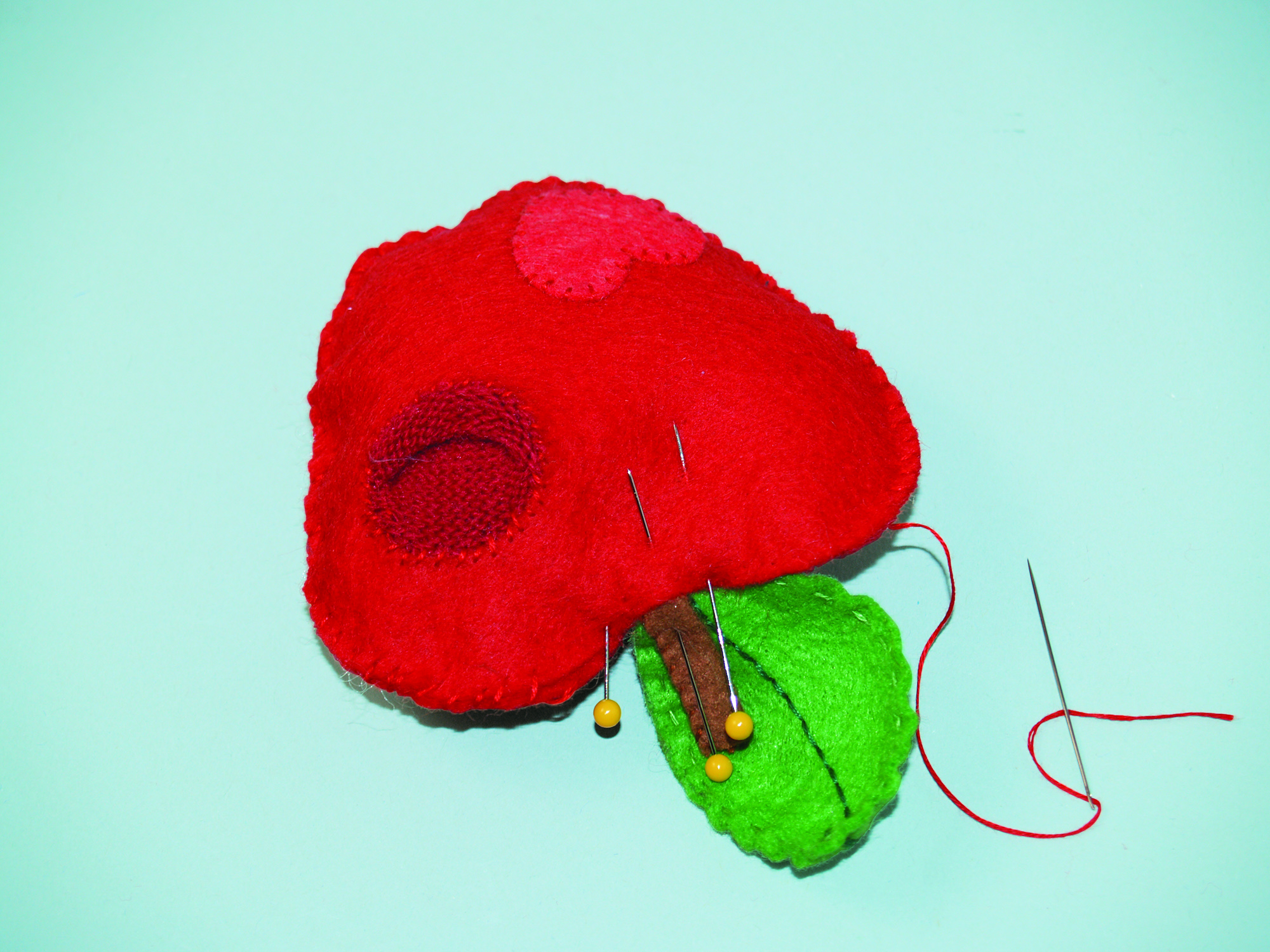 Back stitch down the center of the leaf. Then, make a running base stitch 1/8" (5mm) from the edges, and pull the thread to lightly gather the leaf. Fold the stem in half, and whip stitch along the long edge. Pin the stem and leaf in place. Pin the edge of the glove finger to the apple bottom. Whip stitch around the edges of the two apple pieces, being sure to catch the glove finger in the stitches and leave an opening for stuffing. Stuff the apple and stitch the opening closed. 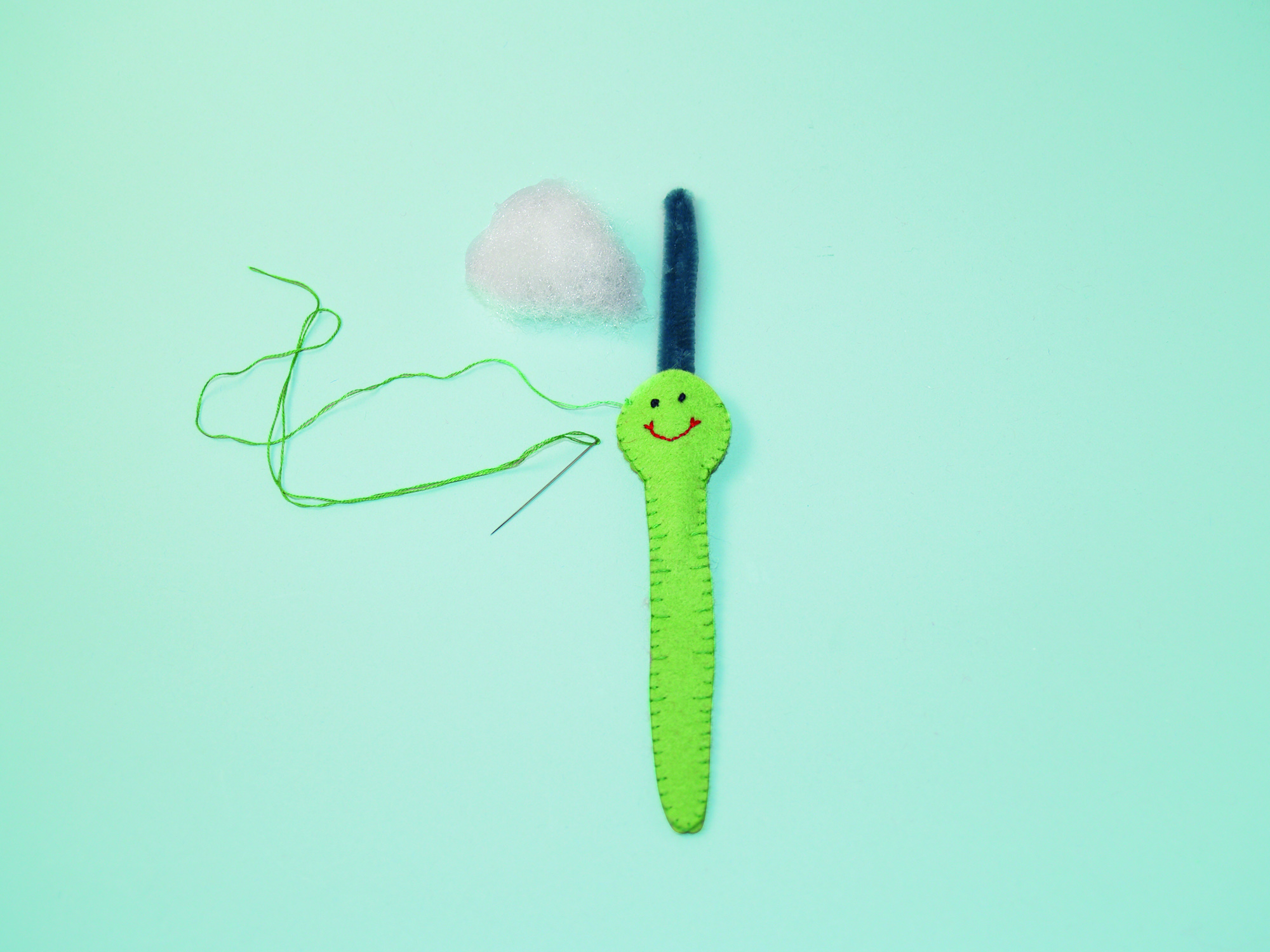 Stem stitch the worm’s mouth on the top worm piece, and use French knots for eyes. Pin the two worm pieces together, and blanket stitch around the edges, changing the stitch size as you go. Leave the worm’s head open. Fold a pipe cleaner in half and push it into the worm’s body. Add stuffing to the head, and stitch closed. 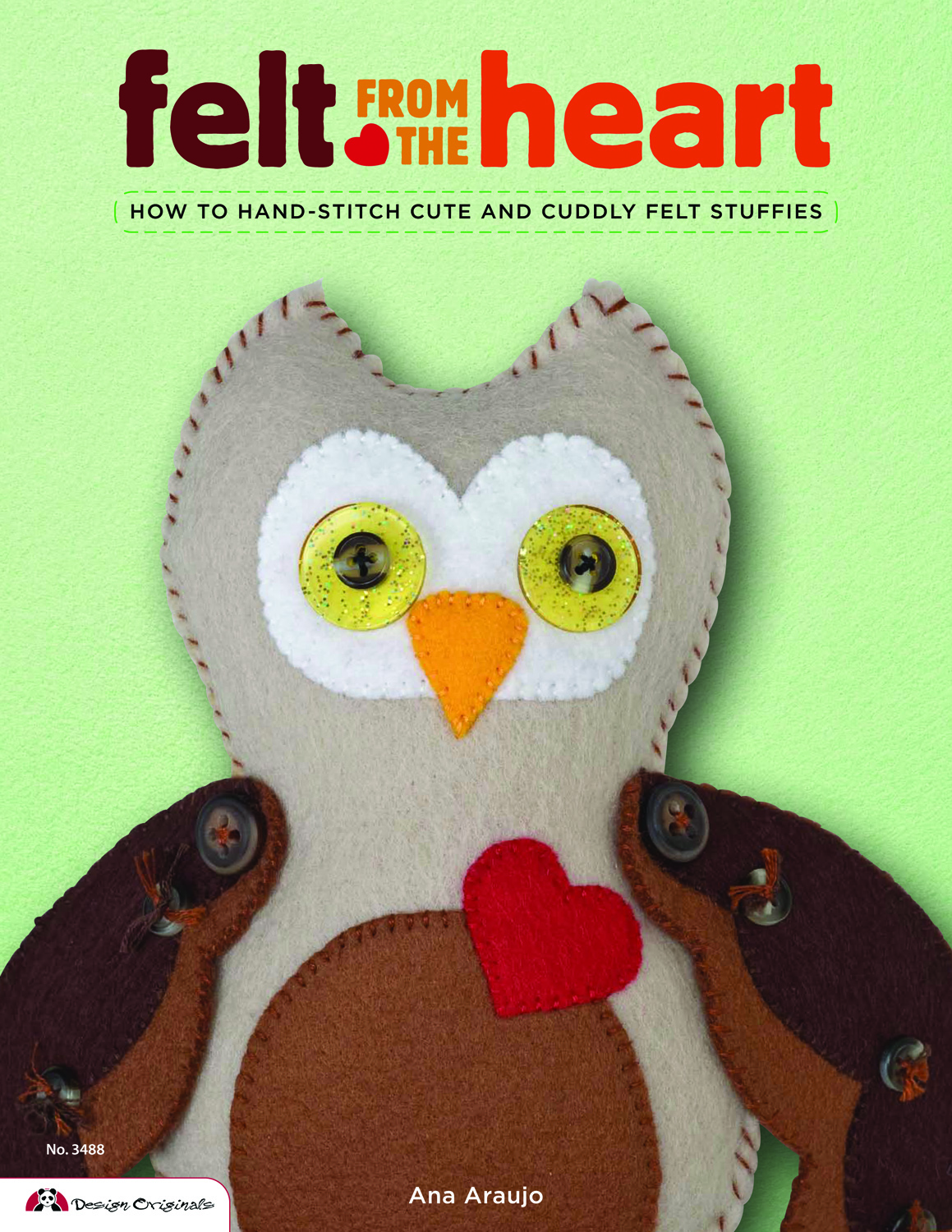 This sewing craft for kids is excerpted with permission from <a href="http://www.amazon.com/gp/product/1574213652/ref=as_li_qf_sp_asin_il_tl?ie=UTF8&camp=1789&creative=9325&creativeASIN=1574213652&linkCode=as2&tag=craftfocom-20">"Felt from the Heart: How to Hand-Stitch Cute and Cuddly Felt Stuffies"</a> by Ana Araujo, published by Design Originals.