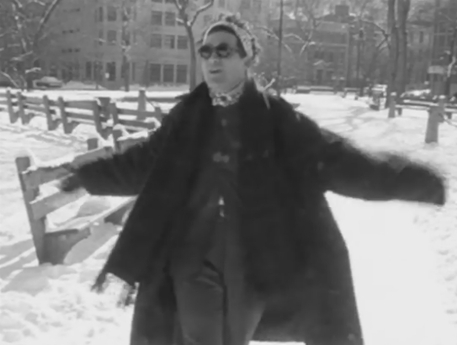 Before there was "Project Runway" or "America’s Next Top Model," there was "Unzipped." At the beginning of the movie, Isaac Mizrahi has "lost his way," with an unimpressive collection. The 1995 documentary tracks how the New York designer returns to form by finding new inspiration, innovating, wrestling with doubt and persevering. Unlike much of today's reality television, Mizrahi in "Unzipped" wasn't squaring off with conniving contestants or snarky judges; he was battling his fears and umpteen distractions, many of which were also an inspiration.

A fashion show is the Champagne pop that celebrates numerous months of work. "It's the best 20 minutes of a designer's life," says Mizrahi near the end of "Unzipped." By then it's apparent all the effort that goes into the event. "What gets annoying is when it becomes a show," explains Mizrahi, "when it becomes a giant puzzle and things need to be taken out for certain reasons, and things need to be added in a very clever way. That’s when it becomes grating on my nerves. It’s no longer about creating a look. It’s about creating a show."

As a child Mizrahi was fascinated with his mother's DIY customized clothes, and she became an early role model. Watching home movies of the young designer woven into "Unzipped," it's clear ensembles mattered early on.

Get Inspired and Stay Inspired

Mizrahi finds inspiration in movies like "Nanook of the North," television shows such as "Mary Tyler Moore" and Eartha Kitt's effervescent personality, distilling these references down to "a gesture" that he mines over and over to draw enough sketches to fill several walls, which are then picked over for the best work.

Understand what inspires you and feed off of it as necessary.

Be Clear about Your Vision and Hold to It

Mizrahi explains to his team that he wants to have a see-through scrim during his fashion show that will be lit as models are changing, showing frantic backstage changes. Immediately collaborators wonder if models will revolt. Mizrahi maintains his vision and pushes it through, selling the idea to each model. In the end, it works.

If you have a strong vision, know that you'll have to convince people numerous times.

Having a Vision Can Be Stressful

During "Unzipped," one of Mizrahi's team members points out that designer Jean Paul Gaultier is exhibiting a clothing line with similar inspiration (Inuit culture).

Bad news happens. Groan and work through it.

Move past any news that will throw your vision off course.

Know Whose Input You Want

Mizrahi asks for input from several trusted sources, including editors for Vogue and Interview. However, when the designer's mother suggests she look at his sketches, he laughs.

Take advice, but know which is useful.

Preparation Can Be a Whirlwind

Designing clothes is Mizrahi's great love but far from the only thing he has to do as a businessman. There are appointments with the press, fittings with models and testing of new material. "Every single thing is frustrating, except designing clothes. That’s not frustrating. That’s really liberating and beautiful."

Accept that carrying out a vision requires more than just doing the thing you love.

Be Flexible for Adjustments

Even the most exact plan has to adapt to reality. Sometime fabrics don't work as imagined and patterns don't fit as expected. It's possible to see these setbacks as opportunities for improvement.

In the midst of a frantic fashion show, Mizrahi wants to make sure the vision for each piece of clothing remains true. Even the flip of a collar can be an important detail.

Even when you're focused on a vision, others should be dancing through the day.

Love is All Around

Win $100 Gift Card from Isaac Mizrahi from The Craftys and CraftFoxes! CraftFoxes Staff | 06/03/15