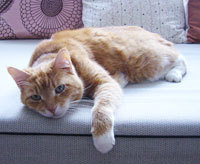 Neil appreciates a good sofa
Neil Gladstone, Director of Content at CraftFoxes, grew up making gingerbread houses and punk rock dolls (don't ask about Cabbage Patch Sid). He also once convinced his band members to let him make a record cover out of felt. He has worked at MTV and AOL and you can feel free to bug him about anything related to the site (partnerships, a bad link, advertising, you get the idea). You can reach him at Neil@craftfoxes.com. 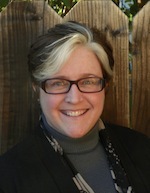 Lisa Fulmer
Lisa Fulmer, Senior Editor at CraftFoxes, is also an artist, crafter, teacher, writer, and marketing consultant. She has worked in the craft industry for several years, previously in publishing and now as a project designer for craft product manufacturers. Her designs have been published on craft community sites, in compilation books and magazines, and she just authored her first craft project and technique book, Craft Your Stash: Transforming Craft Closet Treasures into Gifts, Home Décor & More.

You may have seen Lisa on TV as part of a winning duo on the Alter or Falter episode of TLC's reality game show, Craft Wars, which aired nationally in 2012 and internationally in 2013. Visit her blog - Lisa Liza Lou - for more creative inspiration. 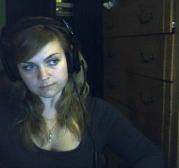 Jessica Weber
Jessica Weber is Project Manager of E-commerce & Marketing and also Pinterest Manager here at CraftFoxes. She is a recent graduate of Penn State and interned here with us during her senior year.  She lives in Pennsylvania with her family. Jess is a nature lover and tries to incorporate the things she finds on her walks into her crafting. She is a self-proclaimed nerd as well. She started coding her own web pages at age 13, loves playing video games, and could be considered a fangirl. She loves working with people and is our seller specialist so she the go to person for any questions about the marketplace.  She works hard to keep everyone happy while we develop our site.  If you have any questions or feedback you can reach her at Jessica@craftfoxes.com. 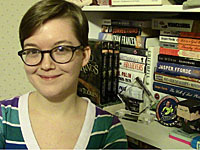 Mary Egan
Mary Egan, an editorial intern here at Craftfoxes, is an avid reader and writer. If she's not tapping away at her laptop, she has her nose buried in a book. She recently spent a year working at a tiny, independent publishing company in Chicago, but is now exploring other opportunities. She graduated from college in May 2011 with a degree in English, Creative Writing and is looking for a way to put that to use. In her spare time, she enjoys tumbling around Tumblr, watching Jon Stewart and Stephen Colbert and finding new British sitcoms to devour. You can read her book reviews at Mary's Book Nook. 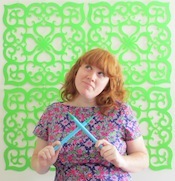 Ashley Little
Ashley Little, Social Media Editor at CraftFoxes, is a writer and editor who left her job at Martha Stewart to freelance in the mountains of Asheville, North Carolina. She has her hands in all kinds of crafts, from knitting to crocheting and sewing. Her work has appeared on awesome craft sites like Whimseybox.com and Craftsy.com, and you can see what Ashley is making on her blog, TheFeistyRedhead.

Lindsay Conner
Lindsay Conner is a lover of cupcakes, sewing and the creative community and she is the How-Tos Editor for CraftFoxes. Her craft of choice is modern quilting, but she also dabbles in photography and paper crafts. Based in Nashville, Tennessee, Lindsay travels whenever she can and has a serious thing for reality TV. You can keep tabs on her crafty ventures at Lindsay Sews and Craft Buds or reach her at lindsay@craftbuds.com.