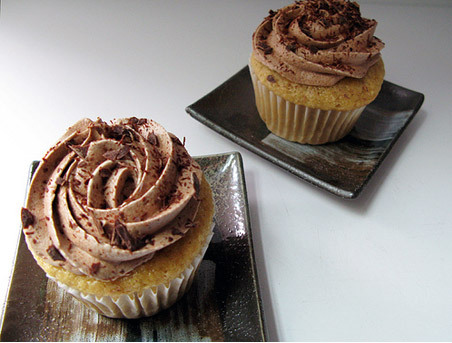 New Year's resolutions start with good intentions but usually end somewhere around the second week of January. If your promise was to eat better, we'd like to help you achieve some longer-lasting success. How? With a bunch of healthy recipes that won't deprive you of the sweets that would normally derail your diet. From chocolate to cheesecake, these deceptively light treats prove you can have your cake and eat it too.

First up: A chewy, heavenly-scented pear-anise cupcake. For these, you simply swap out the oil that you'd use to make a standard vanilla cake (via mix) in favor of pureed poached pears. That's it.

Dense Tea Bread
If you're used to grabbing a carb-y treat with your afternoon coffee, this recipe is for you. It's a dense tea bread that's a perfect 3 o'clock (or perhaps midnight) snack.
To get the recipe for low-fat tea bread, visit Fantasy Landscape. 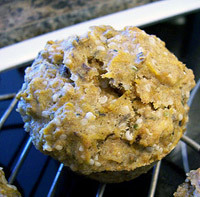 Crunchy Carrot Cupcakes
Carrot cake is a cruel joke. It sounds healthy, but always has an unnecessary (though scrumptious) amount of butter and other high-calorie ingredients. This recipe is much lighter, plus has a pleasing crunch from hemp seeds. We know, hemp seeds. They have a hippie rep, but deserve a second glance, offering subtle sweetness without extra calories.
For the low-fat crunch carrot cupcake recipe, visit Yummy Smells. 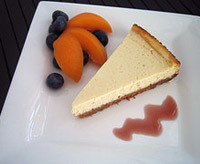 Lightened-Up Cheesecake
We thought there was absolutely no way to cut the fat out of cheesecake while still retaining the luscious texture and heavenly flavor. (This is from experience with too many gummy, gritty faux cheesecakes.) This one achieves the seemingly impossible, thanks to a mix of non-fat yogurt and low-fat cottage cheese, instead of a bunch of processed ingredients.
To get the recipe for low-fat cheesecake, visit Sifu Renka's Flickr page. 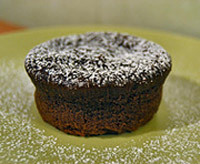 Super-Chocolate Cake
We know that in order to lower the fat content of a recipe, you have to get creative with ingredient swaps. But we didn't know that garbanzo beans could ever take the place of butter in a recipe and still produce something you'd like to eat. Tasting is believing in this super-chocolate cake, which does contain a bunch of garbanzo beans (though you'd never detect them).
For the healthy chocolate cake recipe, visit All Recipes. 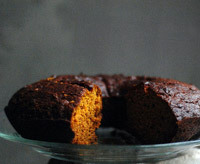 Better Banana Cake
OK, we'll admit up front: The secret ingredient in this banana cake is squash. Like the chocolate garbanzo bean cake, though, you wouldn't guess it at all. The neutral-tasting squash just boosts the moist factor without the fat.
Want the recipe for better banana cake? Visit PostBear's Flickr page. 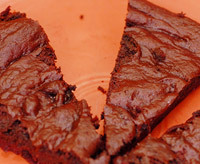 Purple Velvet Cake
For a cake that certainly makes an impression, just add beets. They're naturally sweet, have lots of fiber and will add a cool purple hue to the cake. And to keep it from getting savory? Lots of chocolate. Yum.
To get the recipe for purple velvet cake, visit Elana's Pantry.