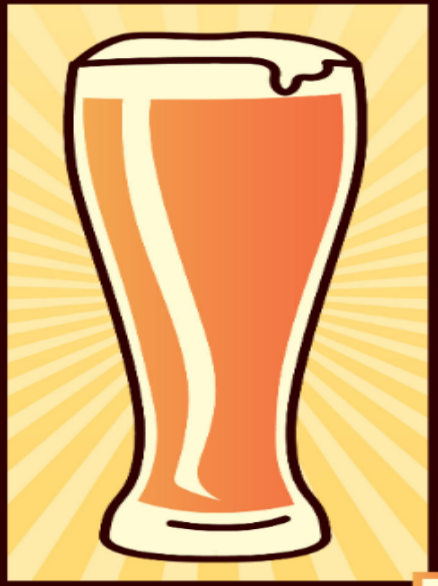 "How to Make Your Own Brewkis"

The art and craft of brewing beer is growing in popularity. Have you ever wondered how craft beer gets its dark or light color? Beer color is indicative of the recipe used to make a beer and the color of the malt you use in the recipe. Here are some more facts on homebrewing from the book "How to Make Your Own Brewskis."

- When you mash your grains, what you’re doing is restarting the enzymatic action that releases sugar from the barley.

- There are several ways of malting barley to create different flavors. The amount of heat and moisture applied to the grains and the period of time they are “cooked” in the malting before the treatment is halted influences malt flavor.

- The lighter in color a malt is, the more likely it will be a major contributor to the fermentable material in your recipe, but it doesn’t contain a great deal of flavor and it doesn’t give your beer a lot of color.

- The color of beer is almost entirely imparted by the way malt is prepared, and it’s measured on a scale called the “Standard Reference Method.” A Belgian Witbier recipe, for instance, is going to be the lightest in color. At three on the scale, it’s going to be very light, slightly lighter than the color of dried straw. The next lightest will be a California Common recipe, followed by an IPA recipe. A Porter recipe is going to be about thirty-three on the scale and will be practically opaque — dark brown, leaning toward black.

- The darker in color a malt ingredient is, the more flavorful it will be within the context of your recipe. It will also contain less convertible starch. You couldn’t expect to make a beer using all-black malt, because there’s just not much there to ferment. Also, it would impart a burned taste. It’s a question of proportion. You might want some of the color and character of black malt, but you might not want it to make up more than three percent of the total malt used.

Excerpted from "How to Make Your Own Brewskis: The Go-to Guide for Craft Brew Enthusiasts" by Jordan St. John and Mark Murphy, used with permission from Barron's Educational Series.