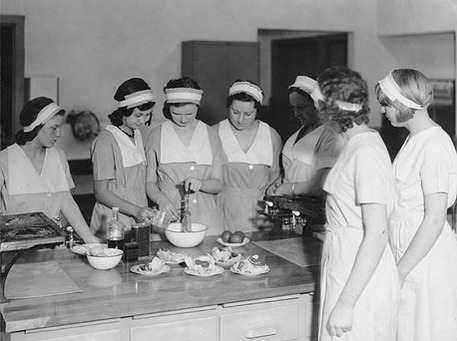 What do knitted Cosby sweaters, quilting shops and sewing machines have in common? They're our Craft Bits stories of the week, yes, but are also all related to skills that you would've learned in Home Ec. 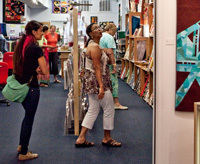 Michael Kirby Smith for NYTimes
New York's Hidden Secret
A quilt store is just about as incongruous to the Manhattan retail landscape as a blacksmith shop, but one has been thriving in the city for 15 years now. Who knew? The City Quilter not only has an admirably large collection of fabrics, it also has sprouted a gallery that sometimes gives space to art quilts that no longer have a spot in budget-minded museums.
Read more about the City Quilter shop in The New York Times. 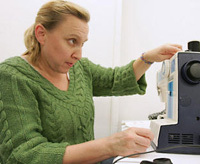 Tony Avelar/CSM
Is Sewing Worth It?
To a diehard sewer, it's a silly question, but for those starting out (who can easily get frustrated by the process of winding a bobbin alone) it's bound to come up. The answer, we think, is yes, it's a skill that's worth the time and effort, so stay patient. Once you've mastered the basics, you will be able to save money by making (or improving upon) your own clothes.
For more on the debate on the practicality of sewing as a skill, visit The Christian-Science Monitor. 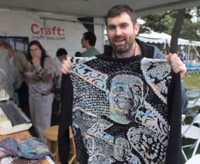 Watch the Bill Cosby sweater get made.