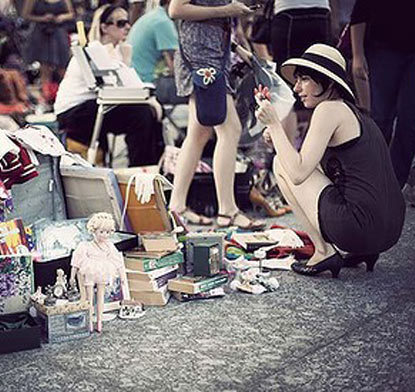 Craft marketplace season is upon us, leaving many wondering how we can make the most out of our booth fees. We’re not alone: This week the crafty internet realm is abuzz with stories predicting the latest vintage trend (rock posters), questioning craft fair entry fees (they’re on the rise) and ways to improve our small businesses.

The favorite story this week? The one about the Suitcase Rummage market in Brisbane, Australia. It’s exactly as it sounds: Sellers display their wears in suitcases and buyers rummage around in them. We like this because it limits the kind of stuff sellers can display (which kind of levels the playing field) and makes it all easy to transport. As for the buyers, well, we hope you have good knees.
Read more about the Suitcase Rummage event in the Sydney Morning Herald. 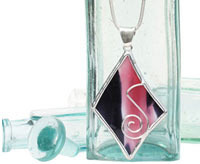 We’re all getting a little sticker shock at the rising costs of booth prices at the bigger craft shows. But over in Cardiff, U.K., prices aren’t just rising, they’re skyrocketing. Some fairs fetch £9,000 for a decent-sized stall at a bigger event, which puts the pinch on smaller artisans.
Read more about Cardiff’s craft fair fee bubble over at The Guardian.

Whether they’re 30 years old or 30 minutes old, rock posters of any vintage-ness are fetching a pretty penny on the resale market. This poster, featuring Nick Cave, dates from 2006 and sold for 10 times its original price of £50.
Find out more about collecting rock posters over at the Sydney Morning Herald. 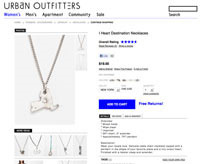 Urban Outfitters is apparently selling a state necklace that’s similar to one created by an indie jewelry designer. This hubbub (not the chains stores first run-in with these rumors) caused Miley Cyrus to tweet about the incident. Should we just assume that every time we put out an original design, there will be similar versions sold? Sigh.
Read more about the alleged copycat case over at the Inquisitr. 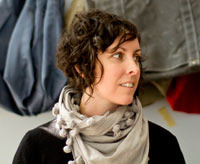 So, this stylish lady is also a successful entrepreneur. Cue our jealousy. Wendy Downs, founder of Moop (an online store that deals in handmade handbags), turned her company from a one-sewing-machine-run show to a profitable business in about two years.
Learn more about how Wendy Downs of Moop turned her company into a success over at Learnvest.