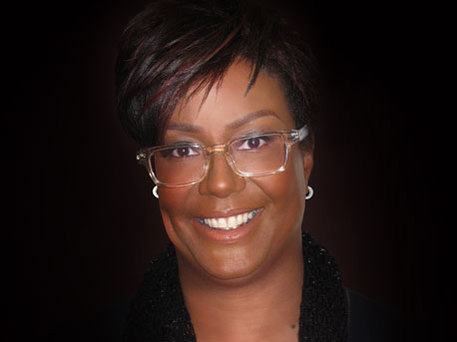 The rules of etiquette in the crafting world are often unspoken. You can make a misstep and not even know it. Harriette Cole, the voice behind the manners column Sense & Sensitivity, has crocheted on and off for years, but only started participating in the community recently. In the past year she's learned quite a bit about making friends in the crafting world and what icebreakers do and don't work. Hint: No touching without asking first.

She offered a few lessons she's learned from her experiences. (If you have any tips be sure to leave them in the comments.)

Ask to Sit at the Crafting Table

"I've been finding my way into many yarn stores — which is a new experience for me — and most of them have a knitting circle. There's a whole etiquette around that table. How long can you sit at the table? Who has priority? There's a community of people at many of these stores. Some of them have been coming for years. You can walk into this place with a bit of trepidation. Are you deserving enough to sit at the table?

"At first I went in feeling a little uncomfortable because people weren't looking up from their work saying 'Oh, hi, welcome.' As I've spent more time in some of these spaces I've felt like the people have come more to life. It's just like anywhere else: It takes a while to build a relationship. I would say that if you're interested in being a part of the community, you need to ask to be a part of the table. Make sure that people don't mind you sitting with them. I've seen people just kind of stomp their way in and that would be rude, and people are not as inclined to welcome you."

Let Your Work Do the Talking

"I've also found that one of the best icebreakers is to wear one of your fabulous pieces and people start asking you questions. I had one of the best conversations recently because I wore one of my pieces that's quite eye-catching. And the women at the table said 'That's fabulous, tell me about that piece!' I'd been going to this store for a while and the people generally didn't talk to me. So the icebreaker was my work, as it should be."

"On the other hand, I've learned that people don't always want to talk about their work. I think it's OK to ask, but read the moment. For example, there were two women I was sitting with who had gorgeous sweaters — they looked like they'd been made by a machine — but since they were in a store I figured they had been handmade, so I asked. One of the women was forthcoming and friendly, willing to talk about what she had done and how she had done it and the other woman absolutely didn't want to talk to me. And it was OK, I didn't take it personally. I understand that when you're crafting or creating something it can be a very personal thing. I would have thought saying, 'What you're wearing is beautiful. Did you make that?' would be a really good icebreaker, and it is for some people, but some people don't want to talk. The advice I would give to anyone in that position is: Don't take it personally. Not everybody wants to talk. But it can be awkward."

"Don't touch people. Don't touch their work or them without asking. I've seen people do it. That's crossing a boundary you didn't get permission to cross."