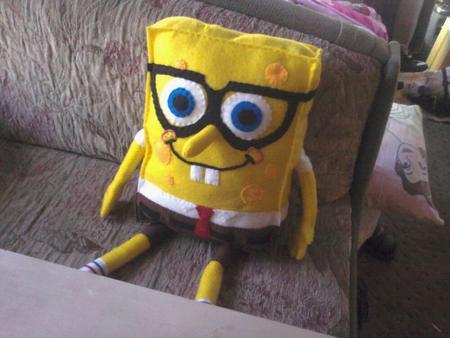 This week’s featured CraftFoxes user is Kimberly Doughty. She’s a mother of two who loves to craft with her kids or on her own. Kimberly has posted some great projects to the CraftFoxes website. Most of her projects are child-friendly, such as her painted wood letters and her Spongebob Squarepants softie toy. But she also has a custom pen cup for your desk and some winter hats. The Spongebob Squarepants softie toy, in particular, is a great and innovative project that you can easily make on your own. If you take a look at Kimberly’s project page, you’ll see that she was able to sew the softie without a pattern. With just some felt and stuffing, you can have a great toy for the kid in your life who is a big Spongebob fan.

Learn more about Kimberly and her projects at her CraftFoxes user profile.