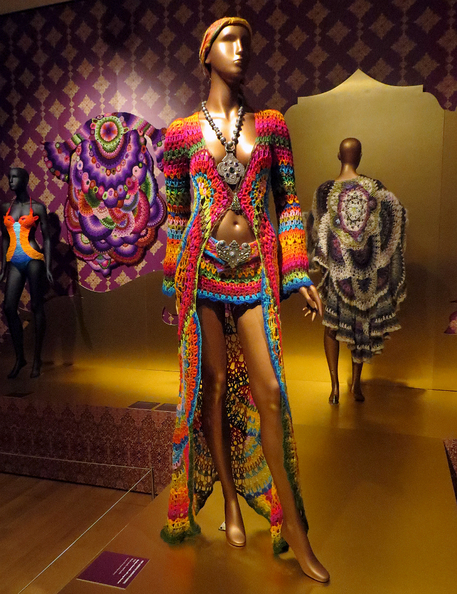 Many DIY fans may think America’s appreciation of handmade clothing started with Etsy. Fashionistas who lived through the ‘60s and ‘70s know those decades were an era filled with amazing hippie threads.

“Counter-Couture,” an exhibit that opened on March 2 at New York’s Museum of Art and Design collects outta-sight ensems like a jumpsuit made from crocheted doilies and a handpainted cape once used as stage-wear by the Lovin’ Spoonful’s John Sebastian.
Exhibit curator Michael Cepress has long been inspired by over-the-top boho fashion. At 15, he snagged a copy of Alexandra Jacopetti Hart’s 1974 book “Native Funk & Flash,” which aged into a time capsule of handmade hipness. In its pages, intricately stitched denim skirts and psychedelic coats exhibit a style that’s both folksy and regal.
During the late ‘60s and early ‘70s, many self-taught clothing makers who never knew fashion-world rules unleashed wearable art inspired by the rock and folks musicians who later donned their pieces. In addition to Sebastian’s outfit, “Counter-Couture” features a gown once worn by the Mamas and the Papa’s Mama Cass and the patched coveralls Wavy Gravy had on at Woodstock.
For some designers, like found-object jewelry makers Alex & Lee, these handmade pieces were a statement against mass production and corporations. Most of the work proves how memorable fashion can be made as easily in a basement as a Paris Couture house.
The exhibition features work by Kaisik Wong, Birgitta Bjerke and Dina Knapp. Below are some of the flashier outfits from the exhibition.
Thread-heads who want to check out the whole show can do so at the Museum of Art and Design, 2 Columbus Circle, 212-299-7777. 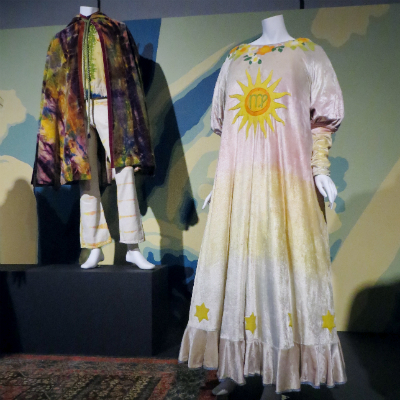 Cass Elliott and John Sebastian were close friends living in Greenwich Village before either of them became famous. The original members of the Lovin' Spoonful met at Cass place when they went over to watch the Beatles on her TV. These outfits were worn onstage by John Sebastian (left) and Mama Cass (right). In the late '60s, Sebastian was living in a Volkswagen camper parked at an artist commune just outside of L.A. He learned how to tie-dye, and started coloring everything he wore, including his Woodstock outfit. 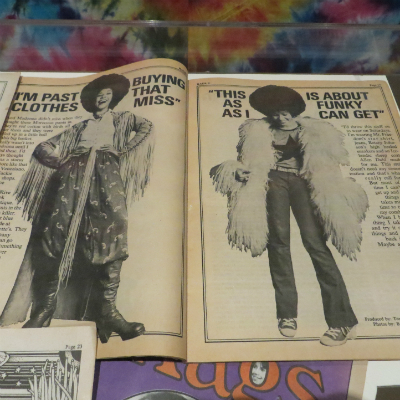 Rags magazine was known as the Rolling Stone of counter-culture fashion. 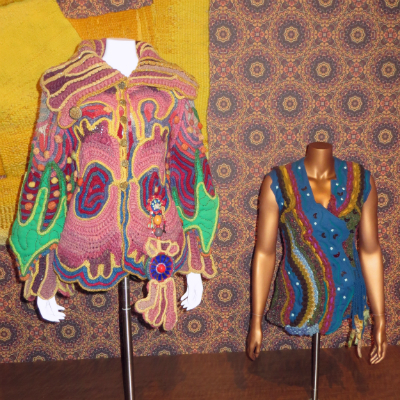 Janet Lipkin has created wearable art for over four decades. She started experimenting with knitting and crochet in the late '60s and early '70s. 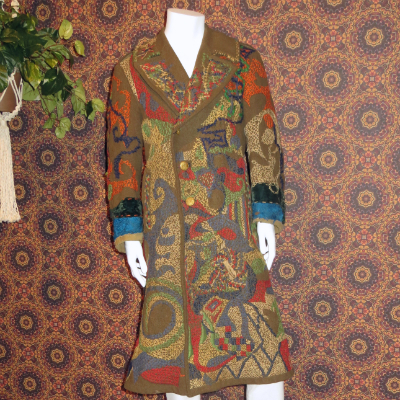 Many artists incorporated army clothing into their work to make a statement about the Vietnam war, including the creator of this hand-embroidered army jacket. 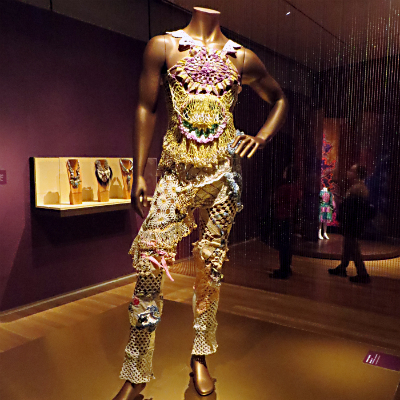 The gender-bending San Francisco variety show Cockettes made many of their own stage costumes, including this crocheted doily jumpsuit. 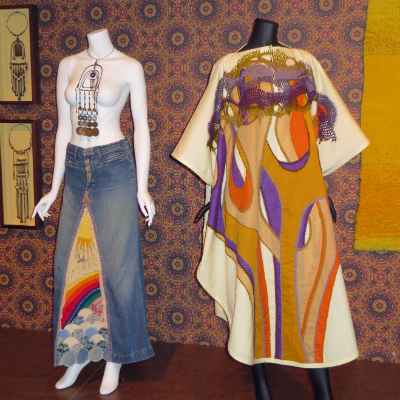 The necklace on the left is by Laurel Burch and the skirt is by Alexandra Jacobetti Hart. 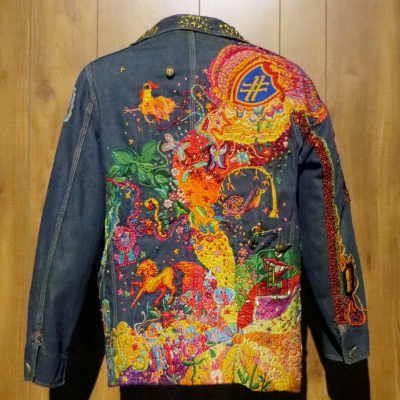 In the '70s, Levi's used to have contests for denim art.
Rate this post 0.0 rating Report post