How to Crochet in a Shell Pattern or Solid Shell Stitch 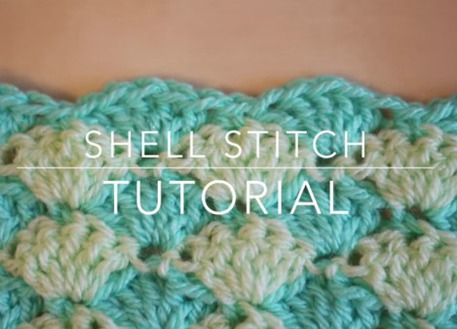 The shell stitch is a relatively easy crochet stitch, but may be a bit confusing at first. In the following video, CraftFoxes member and our friend Tamara Kelly from Moogly explains how to begin. You'll probably recognize the shell stitch (also known as the solid shell stitch) as it's used in a number of different projects, including the textured crochet blanket we have on CraftFoxes. (It's a free crochet pattern!). If you have questions about the shell stitch, be sure to let us know in the comments.

For crocheters who want to get another look at the solid shell stitch or need to understand the UK version of the stitch, Bella Coco explains the details in her instructional video.

Crocheters who want a second look at the stitch or a UK perspective on the numbers, here's a tutorial by Bella Coco.

10 Tips for Reading Crochet Patterns and Instructions Laurie A. Wheeler | 02/01/22