I Tried to Sell Plushies and No One Bought Anything 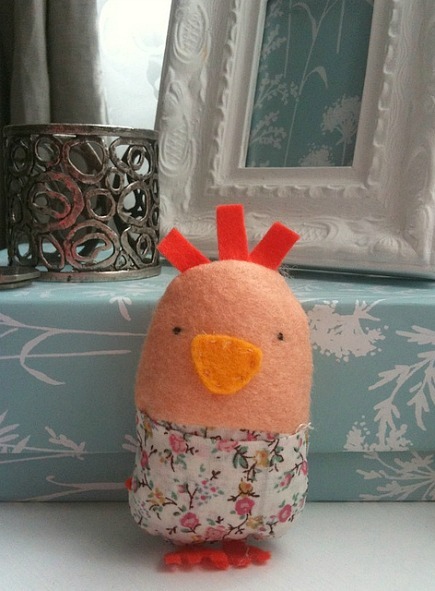 Ever since I discovered Etsy, I've dreamed of selling cute and functional items that I make with my own two little hands, but getting started in the crafting world was a challenge. I had no idea where or how to sell all the ﬁnished projects that were piling up in my tiny apartment. Also, I was hesitant to pay a couple hundred bucks for a spot in a craft fair when I had never participated in a craft fair before and didn't know how well my products would sell.

Luckily, when the volume of my handmade experiments had just about reached critical mass, I heard about a local handmade market that didn't charge per booth like most craft fairs, but instead took a small percentage of every sale that a vendor makes. This sounded like the perfect way to test the waters of my new dream.

After submitting pictures of my wares to the organizers, I was chosen to be one of the vendors at the sale, and I was very optimistic that I would make a bunch of money from items that I had made in my spare time, mostly out of scraps from other projects.

My collection included necklaces made from remnants of other broken or discarded jewelry, headbands out of T-shirt scraps and clip-on earrings, plushies made from old curtain fabric and wallets sewn from the contents of a bag of fabric scraps that I bought for $1 at a garage sale. At this time, the whole re-purposing/upcyling/sustainable DIY movement was just gaining momentum, and I thought if the people in charge of the sale liked my stuff enough to include me, their customers would LOVE it!

In the weeks leading up to the sale I worked hard to make sure I had enough products, cute tags, an appealing display, and I helped to spread the word about the sale. You would think I had just qualiﬁed for the Olympics or made callbacks on American Idol the way I was talking up this craft sale.

On the big day I was excited and nervous to begin with, only to be set up next to the booth for Shawnimals, a line of successful plushies by a local designer whom I was a huge fan of. It was bad enough feeling like I was back in junior high, trying to talk to a kid who I thought was way cooler than me...

“I really like all of your characters. They're really cool. Ninja Consultant is my favorite. Heʼs really cool. Which one is your favorite?” ...

But to make it worse, some of my plush products were heavily inspired by the Shawnimals characters and just ended up looking like mongrel rejects from the litters of shiny perfect Wee Ninjas on the table next to them.

There was a lot of interest in my booth — in that I was one of the few vendors who had remembered to bring a mirror.

Customers would try on other vendors' products and come over to use my mirror, look at my items with slight interest, then walk away and buy whatever they had tried on from the other booth. When other vendors came by to chat, I did my best to put on a brave face, but they could tell I was bummed that no one was buying anything.

They confessed stories of some other craft fair they were just at and nobody bought anything and that it happens to everyone. Then I'd overhear the same person disappointedly tell someone else that they'd “only” made $700 so far that day. Sigh. The combination of disappointment and embarrassment made it hard to stick it out for the entire day, but the other vendors made a very supportive community, and that's what encouraged me to keep trying.

All in all it was a great experience, and I learned a lot by failing to sell anything at my ﬁrst craft fair. After some major revisions to my products and display, the next craft sale did go much better. And I'm especially thankful that I didn't have to pay a couple hundred dollars to learn that my products and display needed revision!