Jack White on Upholstering and the Creative Theory of Three Staples 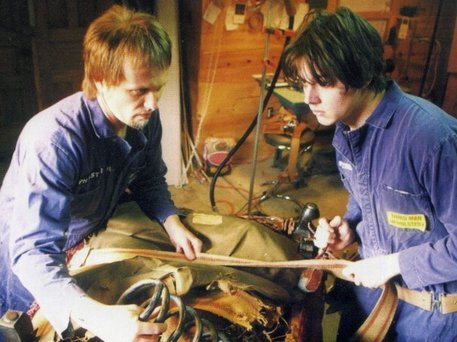 Jack White takes great pride in once being a upholsterer. In this interview with Conan O'Brien, he offers to reupholster a chair and explains what he learned working on furniture. While staring at three staples, a theory of creativity came to mind that stays with him today. Watch the interview for his explanation and understand that great ideas can appear almost anywhere, including the side of a sofa. In case you've never heard the story, Jack White also used to hide copies of his early records in furniture he worked on (which have been recently uncovered).

Jack White and Conan start talking about upholstery around 1:45 in the video.