How To Ensure That Your Well Water Is Drinkable 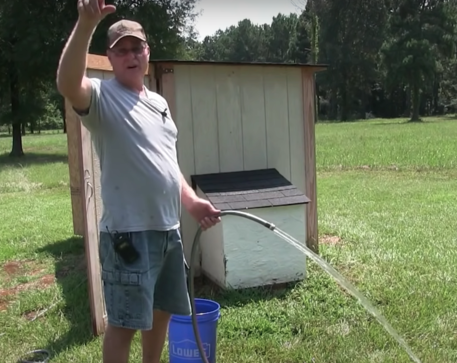 Whether you’re buying a new house that uses a well or have been living in well water home for several years, it’s a good idea to regularly test the water. Depending on the geography of where you live and the nearby industrial plants, your potential concerns about specific minerals, chemicals and contaminants may vary.

Signs that your Water is Contaminated
You may think that contaminated water will be brown, cloudy or smell funny. Some of the signs can be obvious, like discoloration, others aren’t. If you’re dealing with any of the issues below, it's probably time to take action.
— If the water has an unusual taste — maybe it’s fishy, bitter or metallic — there can be reason for concern.
— A rotten egg smell can be caused by too much sulfur.
— Cloudiness or foam isn’t necessarily a reason for alarm. The milky appearance can be caused by minerals and other natural substances. If those clouds don’t ever disappear, bacteria may be the cause and a reason to investigate.
— Few people are going to put up with dirt or sediment spiked water. Brownish water can be caused by iron sediment buildup on the pipes. It may also mean that your plumbing either needs to be flushed or replaced.
—Hard water usually has a high percentage of dissolved calcium and magnesium. Those minerals aren’t a health hazard but they can leave scale deposits on glassware and more importantly plumbing, which can lead to buildup that can shortens the lifespan of your boiler, hot water heater and other parts of your plumbing, slowing down the water flow.

Home water test kits range in price from $25 to over $300, and there’s a decent amount of variation in what they do. On the low end, you can get tests that will tell you in 15 minutes if you have lead, mercury, copper and iron in your drinking water.
Homeowners drinking well water will likely want a test that looks for manganese, nitrates, coliform and several other things. Many health institutions recommend annually checking for nitrates, coliform, and heavy metals. Such tests will let you know if you need to take the iron out of your well water, among other things. On the high end are tests that will look for hundreds of contaminants in your water, and also include water treatment advice.
The better you understand the route your water takes to your faucet, the more likely you’ll be able to look out for potential contaminants. Nearby agricultural processors or manufacturing plants can leach chemicals like Chromium 6 into the water system. If you live in a home with a shallow well, make sure the area near it is free of animal droppings, fertilizer and pesticides.
Potential home owners will want to test the water of their new well. If you live in a “buyer beware” state, it’s up to the purchaser to ensure the water is safe for drinking and bathing.
Is Your Home Filtration System Working?
While some people use a Brita-style filter pitcher to remove impurities, this approach only helps with issues in your drinking water. If you own a home or condo, you’ll likely want to filter on the main water valve.
Homeowners that don’t have one need to do research to figure out what they want their filter to remove. Some filters are built to target specific impurities. Keep in mind, it’s virtually impossible to remove every concern. NSF International is an independent organization that certifies filters to remove specific impurities. Some filters are approved to remove bad taste and odor whereas others also target chlorine and chemicals. Do your research before making any purchase: Whole house systems can cost between three and four figures and often require installation that modifies the plumbing.
If you already have a water filtration system, make sure it’s working properly. A decrease in water pressure is a red flag that there may be a leak or the filter is worn out and clogging. If you have a reverse osmosis filter, the faucets and drains may start making odd sounds. If these continue, they may be a sign that the reverse osmosis filter system wasn’t properly installed. Cloudy or bad tasting water may be a sign of the filter failing.
Consider a Water Softener
If you don't have an entire house filtration system, getting a water softener is another option to consider. These removing minerals, like iron and magnesium, from the water using an ion exchange process to attach sodium ions (sodium atoms with an electron that they lost) onto other elements like iron.
When the iron attaches to the sodium atom, it goes through flocculation, which prevents any harmful bacteria growth and keeps it from reacting with anything else in the water. The end result is well water without all of those hard minerals that can leave stains on dishes and pipes.
The need for water softening varies a lot, depending where you live. In the United States, for example, parts of the midwest and southwest have a higher concentration of minerals in the ground and water, impacting the need for a softener.
Clean out the Storage Tank
Cleaning out the storage tank can ensure your well water stays fresh. If you have a water softener on your well, then the storage tank will hold the brine solution created from removing minerals. That brine can get trapped in the crevices of these tanks. A professional can come clean mineral deposits so you won't have to worry about filtration issues. If you live in a warm climate, be sure to check if algae might start growing inside the tank, which can cause health issues, if consumed.

Most homeowners will not want to deal with shock chlorination of their well. It requires calculating the correct amount of bleach needed to kill bacteria that's seeping into your well water. After pouring the bleach down the well, you’ll be without water for almost a day as it works its way through the plumbing. Some homesteaders, farmers and rural residents do it regularly instead of worrying about a filtration system. Pete of East Texas Homesteading explains how he figures out potential problems in well water and how he calculates the amount of bleach needed for chlorination.
Rate this post 0.0 rating Report post