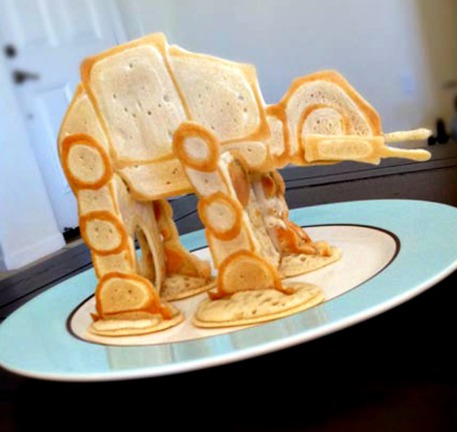 With its release just around the corner, Star Wars: The Force Awakens already has fans young and old counting down the days to December 18th. But, you don't have to wait another ten days to start basking in the film's glory. Kick off the final countdown with a breakfast worthy of the Jedi. Each one of these masterfully-made pancakes is backed by the Force. Enjoy these out-of-this-world creations, and may the Force be with you! 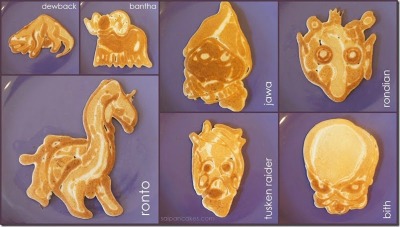 Nathan Shields
From the bantha to the ronto, Nathan Shields of Saipancakes has your Star Wars creature pancakes covered. The jawa's hood and eyes are rightfully distinctive, while the dewback's tail is on point. Use these pancakes as a guide to recognizing the extreme range of species in the Star Wars franchise. 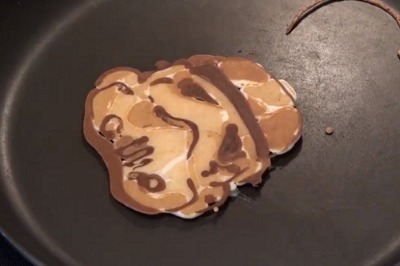 Star Wars via Twitter
According to Steven Schneider at Tech Times, there are three different batters to achieving the lines, shape fill, and shading of these artistic pancakes. This technique is apparent in this Stormtrooper from a video posted on the official Star Wars Twitter account. Watch the video and check out the finished Yoda in Schneider's article. 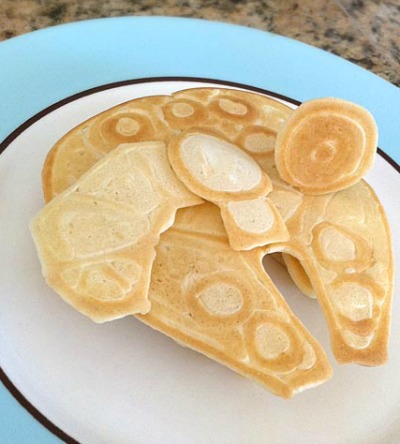 Jim's Pancakes
Father and pancake extraordinaire, Jim over at Jim's Pancakes made this awesome Millennium Falcon pancake. Even though Chewie may not be on board, you can get on board with the fact that the time lapse video acts as a quick tutorial for you to emulate. Han Solo would be so proud of this pancake's intricate details and layers. 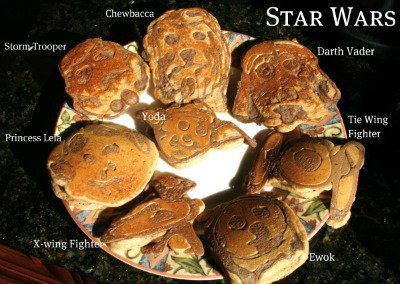 Homestoriesatoz.com
This adorable batch features Princess Leia, Chewie, and Darth Vader. The variety is amazing and covers many of the Star Wars classics. The details and shading in the Tie Wing Fighter are absolutely awesome. You can sense the love and fandom behind this bunch of pancakes. 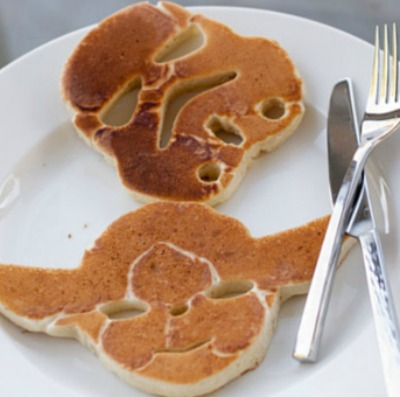 Thekitchensnob.com
Do your Star Wars fan justice with these simply galactic pancakes using these molds. These hero and villain pancake molds can produce shapes and lines so seamless they were cut with the laser precision of a lightsaber. A true Star Wars fan will not only love the doughy decadence but will appreciate the artistry that went into these perfect pancakes, as well.
Buy Star Wars Pancake Molds, Set of 3 Vehicles: X-Wing Fighter, Vader's Tie Fighter...

Watch an amazing array of "Star Wars" pancakes get made.