The Craftiest Moments of the Year 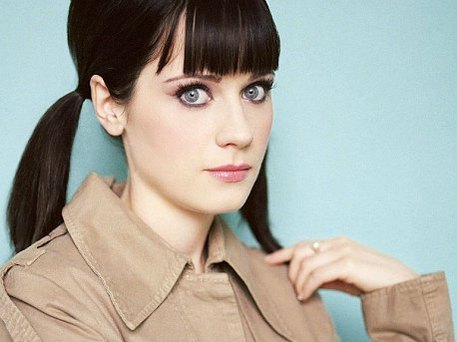 From '90s fashion receiving its official vintage title to craft fundraisers after the Japan earthquakes, 2011 has had a very crafty year. We've rounded up a few of our favorite moments for you here; the ones that inspire us to continue our creative passions (yes, Ryan Gosling, we're looking at you) and others that, well, remind us that craft fails are just a part of the process.

We love the vintage stylings of Zooey Deschanel (duh), star of the freshman comedy New Girl. The reason she's our crafty It Girl? She interprets vintage in a way that's accessible and practical. Even better, Zooey's feminine fashions remind us that, yes indeed, women are allowed to look like women. Or the occasional librarian.
Head to the Boston Globe for more on how vintage inspired Zooey Deschanel and other TV shows this year!

Craft to the Rescue
When earthquakes rocked Japan last spring, the world not only grieved — they crafted. Numerous artisans sold their arts in hopes of raising money for those affected by the quakes. This top craft moment reminded many of us why we create, to bring joy to others ... whether we know them or not.
Craft has more on how crafts raised funds for victims of the Japan earthquakes.

The Year's Awesomest Craft Fair
The Summit of Awesome is an annual craft conference that connects handmade artisans with experts in publicity and marketing, all for the end goal of creating savvy independent craft businesses. Thank you, Hello Craft, for teaching us how to do and be better at what we love.
For more on 2011's Summit of Awesome, head to Hello Craft!

Simone Collins from FavCrafts suggested one of our favorite sources of craft inspiration — Ryan Gosling's head shots accessorized with the sweet nothings every crafter deserves to hear ... that Ryan Gosling appreciates you.
For more on Ryan Gosling's "Hey Girl" meme, head to the Huffington Post!

The Wall Street Journal, that self-proclaimed expert on all things vintage, has officially declared '90s couture fashion as viable and therefore desirable. Does that mean that all those women in mom jeans wandering around Wal-mart signified ahead-of-their-time fashionistas? At any rate, this was a memorable (if not favorable) craft moment from the last year.
Head to StyleList Home to hear Naughty by Nature's take on '90s fashion.

Knit Together
Over 100 inmates have learned the ancient art of knitting. While some of us might be leery of giving inmates sharp metal prongs, we are proud that once again craft has given those with few opportunities a unique and rewarding outlet.
To learn more about how knitting has helped inmates, go to the Baltimore Sun!

Bringing the Crafts to the People
Instead of getting down about the tough economics this year, crafters got creative via pop-up shops. Like a portable craft table, these temporary stores open only a few weeks out of the year and allow handmade creators to get a small taste of operating a craft business without the major stress of bank loans, quitting day jobs or answering emails. Yes, Etsy, we're looking at you.
For more on pop-up shops, head to the Houston Chronicle!

Epic Craft Fail
Turns out TV chef Sandra Lee (of the show Semi-Homemade) has a little more spice than her sugar-sweet on-air personality would suggest. Outtakes of Miss Sandy Lee were released, portraying the host's rather "impressive" vocabulary as she mis-said a line or missed a cue. The reason we like this moment? It's funny.
For more on Sandra Lee and her outtakes, head to the Huffington Post!
Do you have a suggestion for one of the craftiest moments of the year? Leave it in the comments (or email us at info@craftfoxes.com) and we'll include the best ones.