The Craftys Awards Return with New Categories and New Judges, like Lisa Loeb 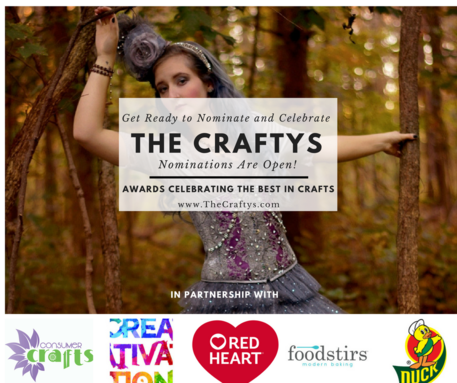 The Craftys Awards, which celebrate the best in crafts, are returning for 2016 with new categories and a new slate of judges. Entrants win $200 per category and $1,000 for the Best in Show (which is given to one of the category winners).

To enter, crafters and creative enthusiasts can nominate their work or someone else's at TheCraftys.com.
New categories for The Craftys include Baby Crafts, which celebrates all of those cute things made for newborns and toddlers, and Duct Tape Crafts, showcasing projects made with one of the toughest tapes around.
Creators have until January 9, 2017, to enter and earlier entrants have more time to get voted up on the site. Finalists are chosen by The Craftys panel and then winners are picked by the team of judges. This year's slate of judges includes craft enthusiasts, like singer Lisa Loeb and world champion skater Tai Babilonia, as well as craft experts such as Mark Montano, Vickie Howell, Marly Bird and Amy Anderson.
Sponsors Red Heart Yarns, Darice, Duck Tape, Consumer Crafts, Foodstirs and Westcott Scissors will all be giving away prizes. Click here to see the current giveaway.
Whether you're a crafter or just a fan, The Craftys have plenty to get excited about! Plus the awards will be livestreamed in early February from New York City. Stay tuned for more details.

Want to get a taste of The Craftys? Check out moments from the 2015 awards!