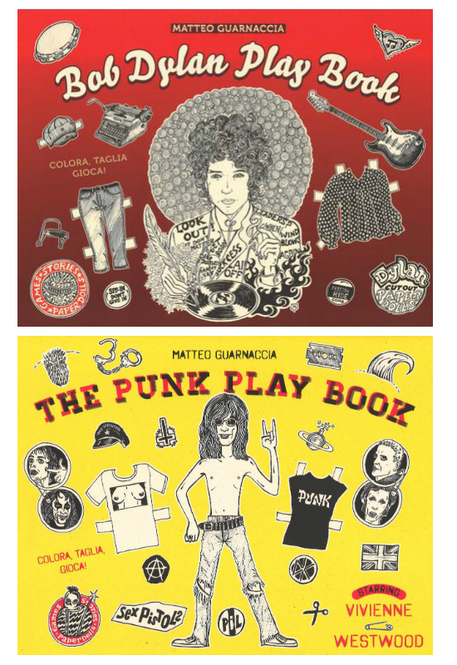 Italian illustrator and graphic designer Matteo Guarnaccia grew up during the hippie heyday of the late '60s and early '70s. His love for art dripped down through music. The band posters and album covers he dug showed an appreciation for movements such as Art Nouveau and Pop Art and painters like Bosch and Bruegel. A lot of his work, for magazines such as Rolling Stone, Wired, and Time, also displays that an ffection for music and the freewheeling style that exemplified the Summer of Love.

Here's a chance to win two books that combine Matteo's illustration with playful activities and fun music facts: the Bob Dylan Play Book and Punk Rock Play Book -- both of which are designed to be colored and occasionally cut up. How many other books offer a Bob Dylan board game or Joey Ramone dress-up paper doll.
To enter, log into the Rafflecopter widget below and do one (or more) of the following:
-- Follow CraftFoxes on Facebook
-- Follow CraftFoxes on Twitter
-- Tell us your favorite Bob Dylan or Punk Rock song on this blog post in the comments.
-- Tweet about the contest
You have until March 10, 2017 to enter.
a Rafflecopter giveaway 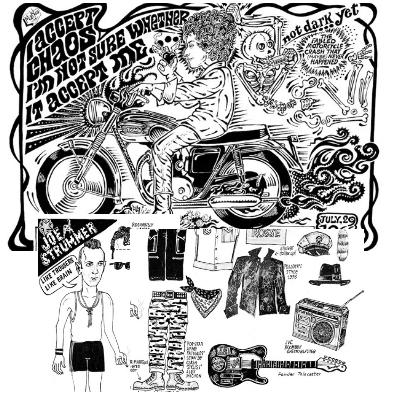 Learn more about Matteo Guarnaccia in his interview with Yoox.