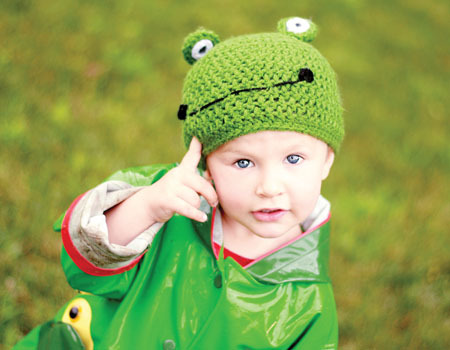 As an accessory for puddle jumping or simply keeping little noggins warm, this hat is great! The free crochet pattern is suitable for intermediate-level crocheters.

With white, rep Rnds 1 and 2 of Outer Eye.
Fasten off and weave in ends.
Place white Inner Eye on top of the green Outer Eye. Sew in place. Place 1 black button on top of the white circle and sew in place.
Sew assembled Eye to Hat.

With black yarn, ch 2, 6 sc in 2nd ch from hook. Sl st with first sc to join. Fasten off, leaving a long tail. Do this twice, and then sew pieces in place, referring to photo for placement. One of the “long tails” makes
the “smile.” 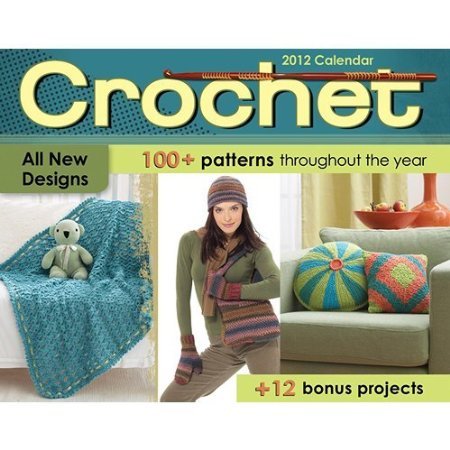