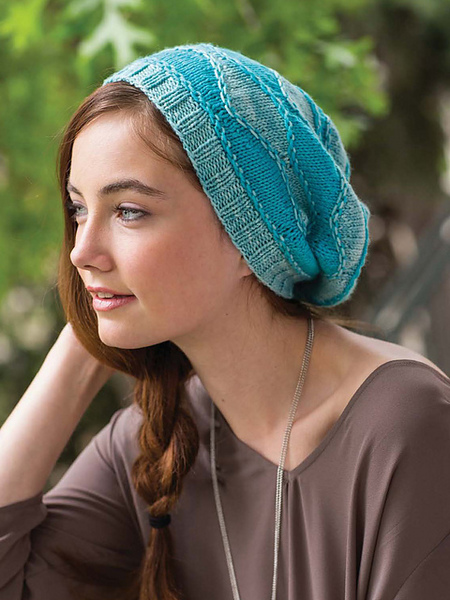 This squishy slouch is just the thing to keep you warm on the chilly days that come no matter where you live. Knit it in shades of turquoise for a design reminiscent of ocean waves or pick your own two favorite hues for waves of cozy color.

This pattern is excerpted with permission from "Warm Days, Cool Knits" by Corrina Ferguson and published by Interweave.

Adjust needle size if necessary to obtain the correct gauge.

With CC, work 2 rnds of Chain

Stitch, then knit 1 rnd.
*With CC, work the short-row sequence as follows over the next 20 sts:

(6) short-row waves in rnd. Knit 2 rnds even, picking up any remaining
wraps. With MC, work 2 rnds of Chain Stitch, then knit 1 rnd.

Knit 10 sts and place a 2nd marker to indicate an alternate beg of rnd.

*With MC, work the inverted short-row sequence as follows, picking up all wraps as the wrapped sts are worked:

Rep from * 4 (5) more times, working the inverted short-row sequence over 20-st sections for a total of 5 (6) short-row waves in rnd, ending at alternative beg of rnd. Knit 1 rnd, then work 1 more rnd, ending at the original beg-of rnd marker.

Repeat the short-row wave sequences in each color, including the Chain Stitch and knit rnds, twice moreóthere will be 6 wave rnds, 3 in CC and 3 in MC.

Note: Change to dpns when there are too few sts to work comfortably on cir needle.

With CC, work 2 rnds of Chain Stitch. Then work crown shaping as follows: 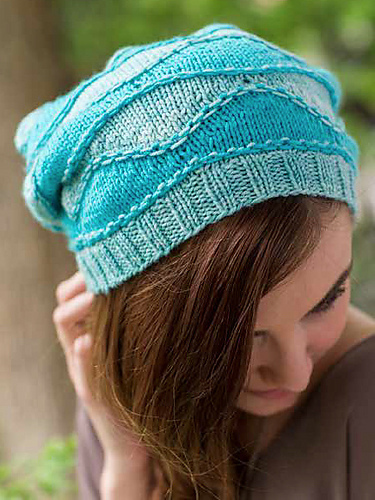 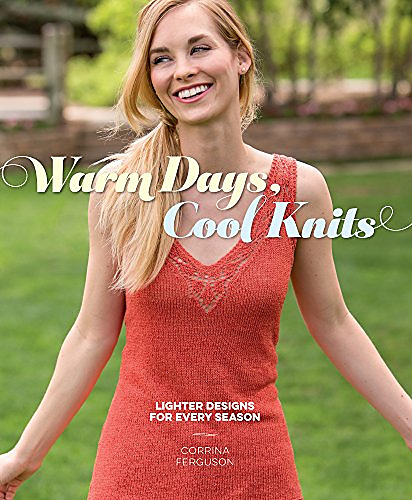 This pattern is excerpted with permission from "Warm Days, Cool Knits" by Corrina Ferguson and published by Interweave.