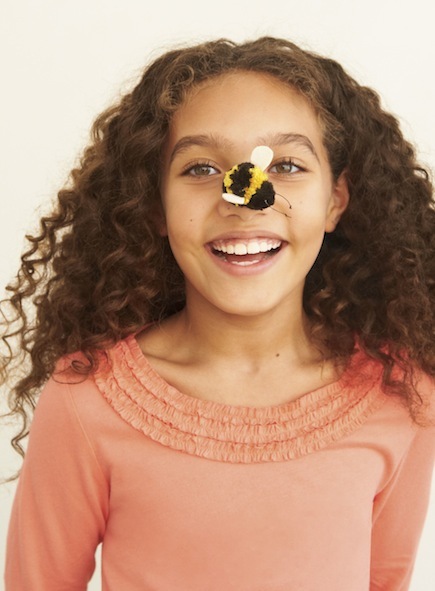 These characters are easier to make than they look, thanks to a useful little tool called a pom-pom maker, available at crafts stores or online. Once you get the hang of winding and snipping and fluffing, you can put together a cuddly friend in no time.

Basic Steps:
Open the two arms on top of a pom-pom maker and start winding yarn at one end; go back and forth over the arms with the yarn until it is wrapped as densely as desired. Close arms and open the arms on the bottom; Repeat wrapping.

Holding the pom-pom maker closed, use scissors to snip the yarn along the center of the rounded edges. Then cut a length of matching embroidery floss and Tie the pom-pom in the center; pull tight and knot twice.

Open the pom-pom maker’s arms, then carefully pull the two sides of the maker apart and off the pom-pom.

Trim any long or straggly yarn ends; if desired, trim the pom-pom further for a denser, smaller ball.

Leave the floss you tied off with intact if you plan to attach the pom-pom to another one.

To make a bumblebee:
Make two pom-poms, one striped with black and yellow, the other slightly smaller and solid black. To make stripes, wind one color around a portion of the pom-pom maker’s arm and cut yarn. Switch color and repeat for as many stripes as desired. Repeat process in reverse color order on other arm.

Stitch the head to the body using a needle and the tail of the embroidery floss used to tie it (or attach with tacky glue). 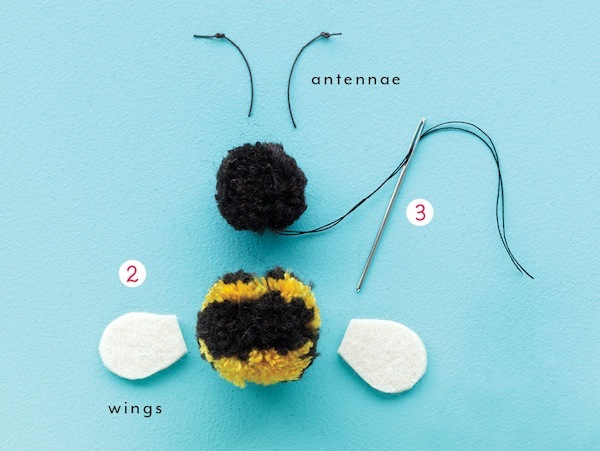 Use templates to cut a pair of wings from white felt. For antennae, cut two lengths of waxed thread, and knot at one end. Glue in place.

Follow the instructions on the pom-pom maker’s package, but also keep these suggestions in mind:
- The more times you wind the arched arms, the denser and fuller the results. (You may want to wrap four or five times for thicker yarns and at least six to eight times for thinner yarns.)
- It’s normal for a pom-pom to look imperfect when it comes out of the maker—trim it to give it a tighter appearance and to make it the proper size.
- Tie off the center with a length of the same yarn, if it’s strong enough to be pulled tightly. If not, choose a fine, strong yarn (or even embroidery floss).
- Once it’s knotted, you’ll have a two-strand tail. Leave this long if you plan to attach the pom-pom to something like another pompom or a piece of fabric. 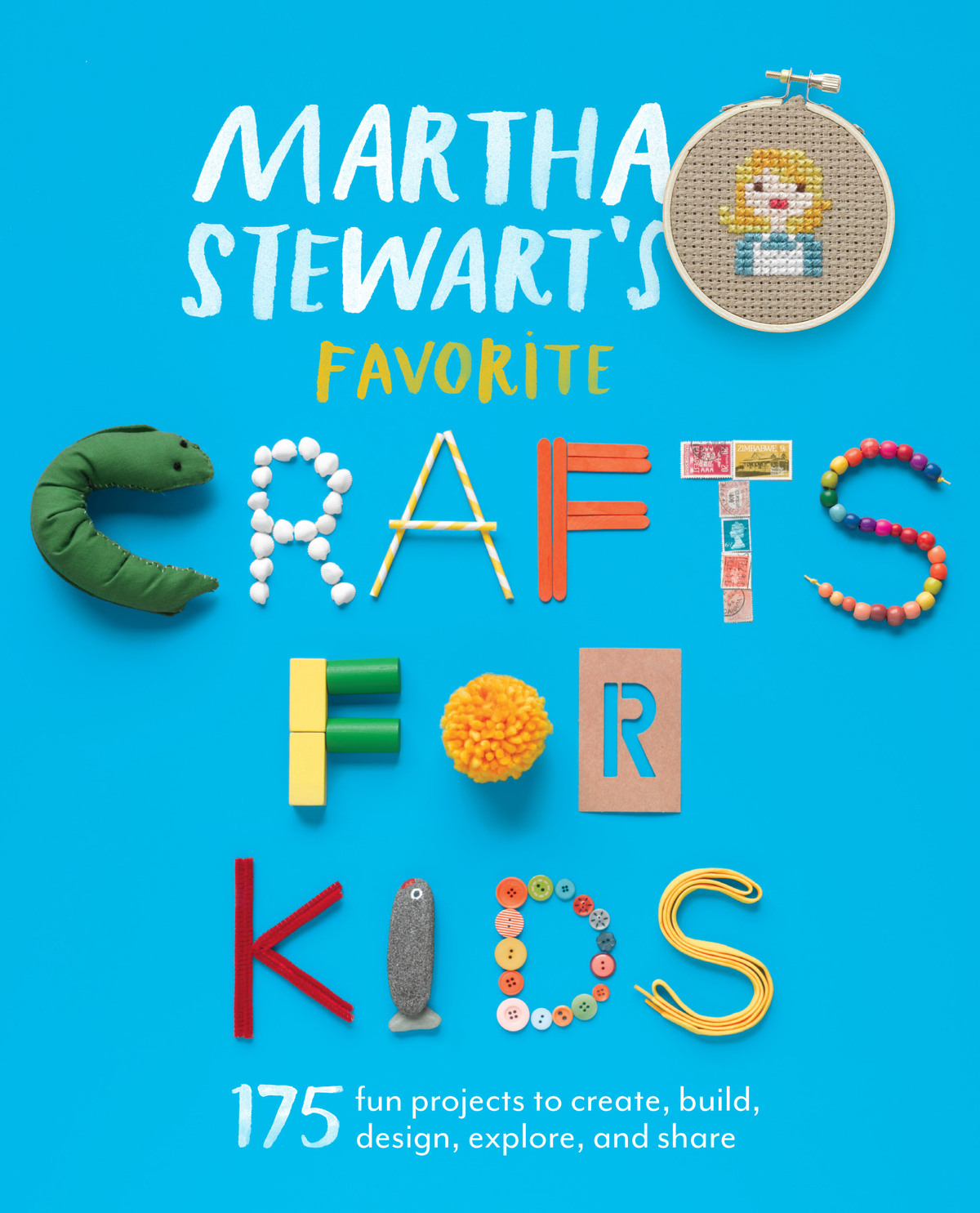 This pom-pom bumblebee is excerpted with permission from "Martha Stewart's Favorite Crafts for Kids: 175 Projects for Kids of All Ages to Create, Build, Design, Explore, and Share," published by Potter Craft.