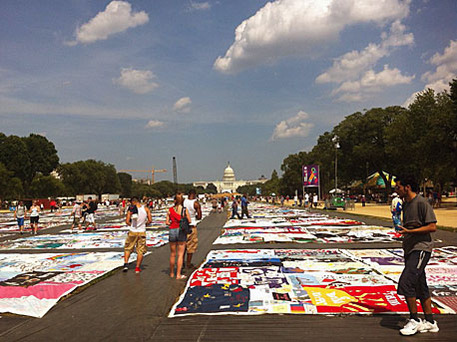 The AIDS Memorial Quilt was started in 1985 by San Franciscans concerned that friends lost to the disease might also become lost to history. So they created a fabric memorial honoring the men and women who died from AIDS. Now 20 years later, the quilt is over 1.3 million square feet and weighs in at 54 tons. Select panels will be on display in Washington, D.C., for the AIDS 2012 conference from July 21st through the 25th while other panels will be traveling around the country throughout the summer.
For more on the AIDS quilt and to see its summer touring schedule, head to The Names Project Foundation.