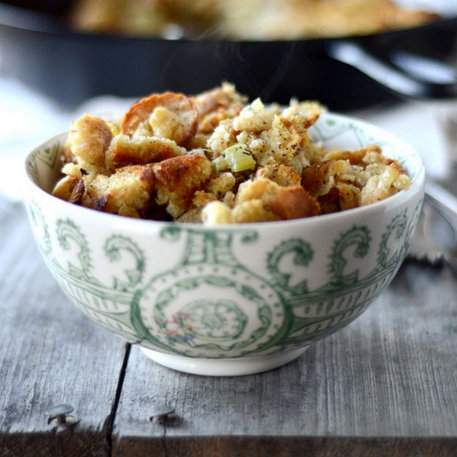 Stuffing is such an integral part of a turkey dinner, yet for lack of time or creativity, many look no further than the boxed kit to make it. But homemade stuffing can far outshine its boxed counterpart when done right. From classic sage and thyme to buffalo cheddar or sweet potato and cranberry, each of these eight delicious stuffing recipes brings something unique to the table ... specifically, to your dinner table. 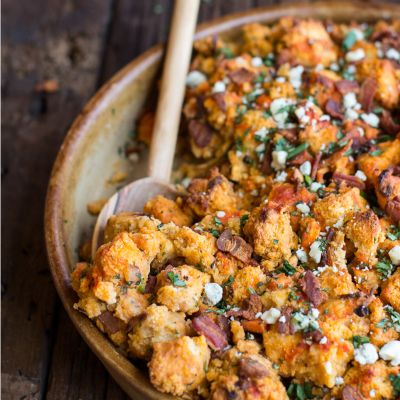 halfbakedharvest.com
Buffalo Cheddar Beer Bread Stuffing
Bored of the traditional stuffing herbs and flavors? With buffalo sauce and cheese, this zesty homemade stuffing is sure to pack a flavorful punch. 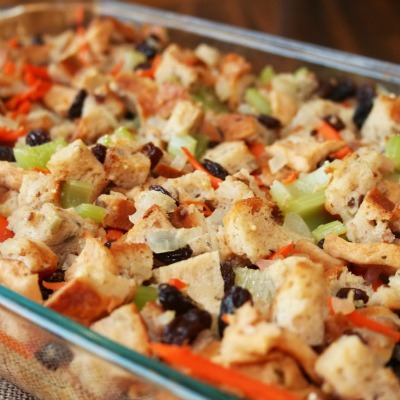 lazyglutenfree.com
Quick Gluten-Free Stuffing
Finding a creative recipe for stuffing is one thing, but finding a simple, time-efficient recipe is another. After all, few of us have the luxury to spend all day in the kitchen. Ideal for the busy chef, this gluten-free stuffing uses Udi's Mighty Bagels with dried cranberries as its foundation. 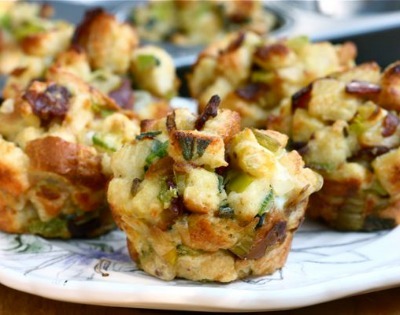 acozykitchen.com
Pancetta Sage Stuffin' Muffins
Baked in a muffin tin, these pancetta and sage stuffing muffins are a tasty twist on the beloved Thanksgiving staple. The only drawback is trying to limit yourself to just one. 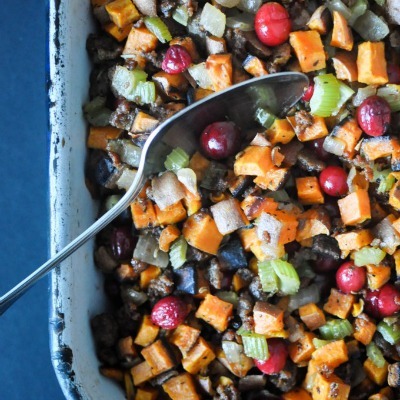 fedandfit.com
Paleo Sweet Potato Cranberry Stuffing
With this healthy sweet potato and cranberry stuffing recipe, sticking to a diet won't be a problem. Using cubed sweet potatoes in place of bread, this Paleo-friendly stuffing will keep both your hunger and your waistline happy. 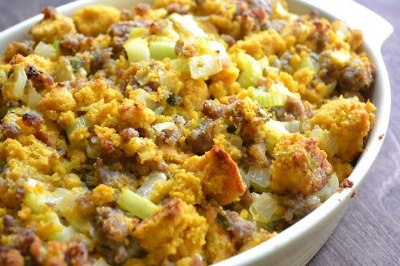 theviewfromgreatisland.com
Pumpkin Cornbread Stuffing with Sausage and Sage
Using homemade pumpkin cornbread as its base, this country sausage and sage stuffing recipe is the perfect blend of savory fall flavors. 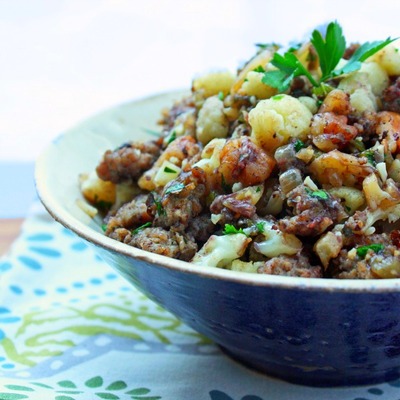 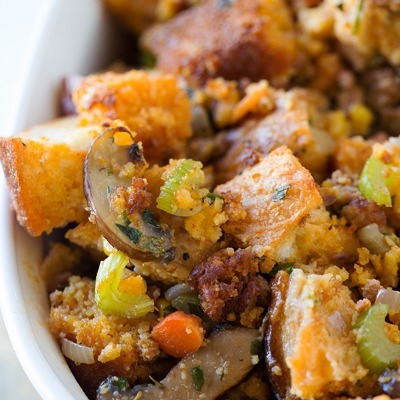 tablefortwoblog.com
Chorizo Sourdough and Cornbread Stuffing
Seasoned with rosemary, thyme, and sage, this Spanish-inspired stuffing recipe will have your dinner guests asking for seconds ... and maybe thirds, too. 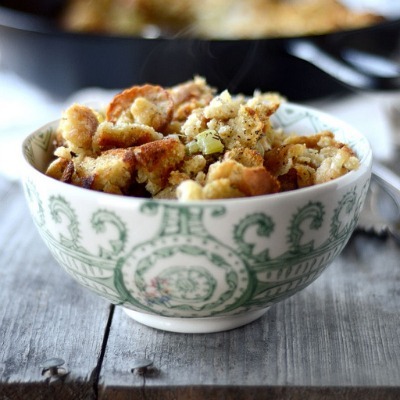 oldcookingforseven.wordpress.com
Simple Sage Stuffing
Everyone needs a no-nonsense recipe for stuffing come turkey season — and this is where a classic stuffing recipe like this simple sage stuffing comes in handy. It's a recipe for those who want the traditional taste of Stove Top boxed stuffing, but without the additions of high fructose corn syrup, hydrogenated oils or MSG.