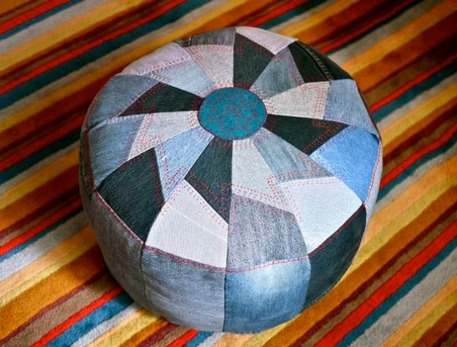 If you love the flower power of the 60s and 70s hippie counterculture, channel your carefree attitude into your home décor. Looking to hippie icons like Janis Joplin and the Beatles, we've gathered DIY décor inspired by the original flower children. Denim, florals, fringe and tie-dye are encouraged for this celebration of all things (and people) bohemian. So peace out to you in your happy crafty place! 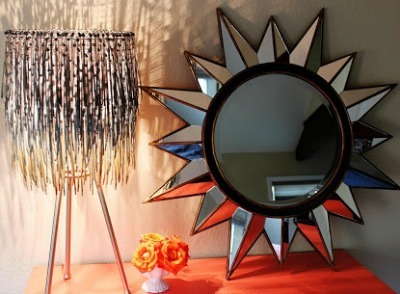 Alittleglassbox.com
For an unconventional, fringe-inspired piece, look to the fringe-loving, queen-of-unconventional herself, Cher. From her hair to her jackets, this singer-actress does not shy away from loose, stringy but daring looks. This ombre zip-tie lamp shade channels Cher's bold, colorful style. Featured in royal blue and gold, this lamp shade would be approved by this iconic rebel herself. 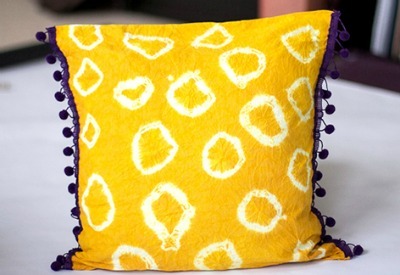 Highondiy.com
Another fashion risk-taker was pop singer Janis Joplin. Known for her husky, bluesy voice and flowing attire, Joplin is not only a hippie icon, but a fashion role model to emulate. She wore an all tie-dye ensemble to Woodstock, so copy her psychedelic style into a pom-pom-trimmed tie-dye pillow. With a classic spotty look and contrasting colors, this pillow is reminiscent of a time long gone, but fondly remembered. 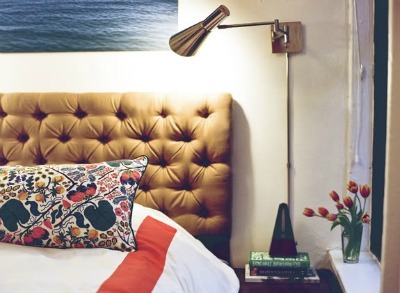 Littlegreennotebook.blogspot.com
Both a classically elegant piece and a fun, eccentric conversation starter, a tufted velvet headboard can take your eclectic space from chaotic to cohesive. Similar to tufted upholstered furniture in the 60s and 70s, this headboard draws close resemblance to the velvet dresses worn by singer and painter Joni Mitchell. Her defiant, mellow demeanor translates over into her whimsical vibes and hippie style. Every time you look at this headboard, you'll dream of being serenaded by Joni herself. 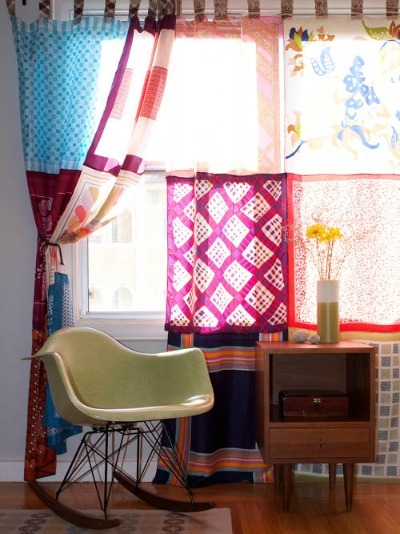 Design Sponge
Jimi Hendrix was a pioneer musician with some serious hippie style. Widely known for his guitar skills, singing and songwriting, Hendrix was a scarf-wearing, print-clashing 60s maven. This Hendrix-inspired window treatment is made from patterned vintage scarf curtains. A nod to the patchwork look of the hippie age, these curtains are freeing and dreamy, much like Hendrix's music. 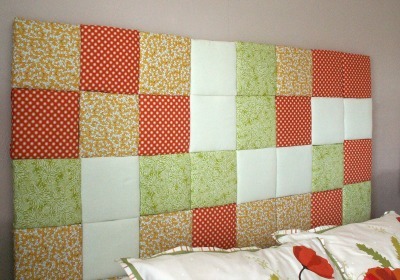 Takingtimetocreate.blogspot.co.il
Busy activist, actress and fitness-guru Jane Fonda may not have had much time for breathing, but still pulled off an effortlessly breathtaking hippie aura. Donning patchwork dresses in feminine floral patterns, Fonda knew how to work an eclectic style. Follow suit with this mismatched patchwork headboard. This piece adds a little whimsy and a little hippie into your home. 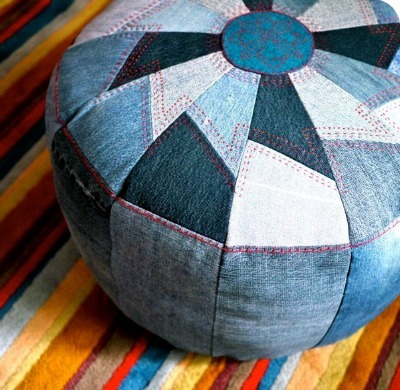 Michelemademe.com
Jeans were a staple in the hippie wardrobe and lifestyle. These iconic denim pants were even adored by iconic British pop band the Beatles. The 60s could have not happened if the Beatles had not formed. Their music, fashion and personal lives have become inspiration for modern-day hippies. Go to the roots of boho movement with an embroidered patchwork denim pouf, reminiscent of the hodgepodge that were the Beatles.