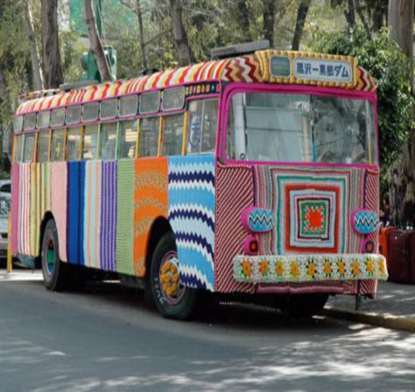 It can’t get any more random than what went on this week in the craft news world. We’ve got stories about knit buses, lawyers starting gluten-free cake bakeries and entire rooms made of Legos. To kick us off, the bus thing: This is probably the 100th story about yarn-bombing on the web (aka knitting sweaters for inanimate objects) but we couldn’t pass up the fabulous photos. Above is a bus that we thought was Photoshopped, but is actually covered in a Missoni-like handmade knit design. It rode the streets of Mexico City, one place where you’ll probably never need a sweater in your wardrobe.
Check out the photo of the knit-covered bus (and other really cool knit projects) over at MSNBC. 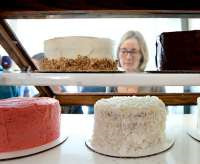 So, a few of us are skeptical about the whole gluten-free trend. On the one hand, it’s great for those who have celiac disease; on the other, the term gluten-free has become a buzzword, akin to low-carb. To that end, gluten-free baked goods have become big business. In this story, you’ll learn how one woman traded her stressful law job in exchange for one running a gluten-free bakery. As anyone whose worked in a bakery can tell you, this might have been a lateral move in terms of stress level. Thoughts?
Read more about the gluten-free trend over at the New York Times. 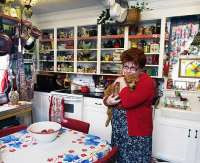 Yeah, you might have a cute vintage wardrobe and maybe a few old timey furniture pieces or accessories. But is your whole house kitted out like its the 1940s? Didn’t think so. Either way, you can live vicariously through this story about JoAnn Slaugh, who lives and breathes all things vintage in her home in Red Lion, Pennsylvania.
Read more about JoAnn Slaugh’s vintage lifestyle in the York Daily Record. 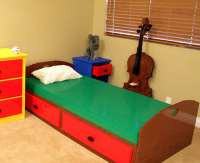 The House That Lego Built

Everything in the room at left is made from Legos. Uncomfortable? Yes. But a work of art? We’d argue in favor of that. Just check out the creases in that pillow and try to tell us otherwise.
Check out the Lego bedroom over at Tecca. 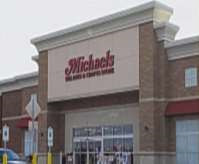 Unfortunately, the problem isn’t over yet. In case you missed it, a bunch of criminals hacked into the PIN pads of several Michael’s craft stores (primarily in the Chicago area). Now, those affected by the security breach are suing to recoup the thousands they lost.
Find out more about the Michael’s security breach at MyFoxChicago.