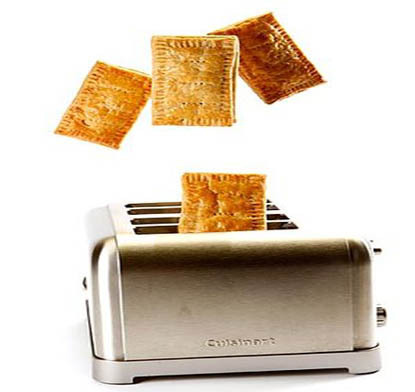 Escape the tyranny of frosted strawberry and brown sugar by going the DIY route with our favorite toaster treat. Though this recipe calls for making a flaky pie crust (thus forming more of a Toaster Strudel in the breakfast-food classification system), the possibilities are endless.
Get the recipe for making your own toaster pastries from the LA Times!

TheTimes-Tribune.com
You’ll Need a Pop-Tart After Reading This

Cotton prices are reaching a new record, increasing more than 171 percent over last year. Yikes. The usual suspects are trotted out: increased demand in a global economy, rampant speculation, floods, etc. Expect to pay higher prices down the road for fabric and thread.
Read more about the rising cotton prices from The Scranton Times Tribune.

Stripes, angles and plaids are a huge trend that’s popping up all over the Fall 2011 fashion shows. Too bad that they’re also a huge pain to sew. Aligning the patterns can be a challenge, but a few simple pre-sewing techniques can make it easier.
Find out how to sew stripes and plaids from AOL Lifestyle. 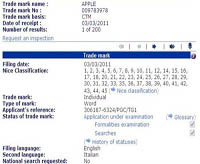 So get this: Apple recently applied for a whole bunch of trademarks on everything from computers and electronics (that’s fine) to … lace and embroidery!? While it’s more of a step to prevent brand dilution, the thought of the iDoily is just too entertaining. But crafters take note: More and more big companies, with presumably bigger legal departments, are watching.
Read more about Apple’s trademark protections. 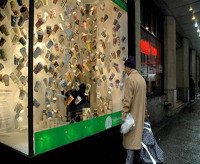 Crunchgear.com
We’re All for Transparency

Artist Gwyneth Leech has taken over a New York City storefront window. The project? She’s in the process of decorating a ton of paper coffee cups for use in her Hypergraphia exhibit. And I thought my studio was short on space and privacy.…
Read more about Gwyneth Leech’s storefront exhibit. 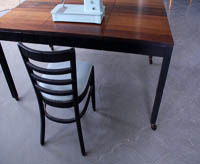 Need an affordable multi-function work surface that can move around with you? You’re in luck: There’s a neat DIY on adding casters to a thrifted dining table. It’s genius and cheap, as there are always dining tables ending up on Craigslist and thrift stores. Try it out.
Get the free tutorial on how to create a rolling work table from Do It Yourself. 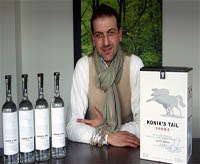 Entrepreneur Pleurat Shabani took the indie approach when marketing his line of vodka. Here’s his secret: He just asked bars to start serving his product. Faced with a zero budget and endless rejections from possible investors, Shabani made it work on his own terms. The lesson? Just speak up and ask.
Read more about Shabani’s DIY marketing.

Creating awesome pictures usually relies on either a) Near-obsessive monitoring of the amount of daylight available or b) An expensive flash for your camera. Nope, not anymore. Photo Jojo just put out an add-on ring flash that costs a meager $40.
Read more about Photo Jojo’s ring flash. 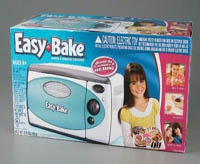 Even that icon of old-school girly-girlishness can’t resist the hands of time: The Easy Bake Oven can no longer use the energy-inefficient light bulbs used to create inedible cake-like products. So, they’ve redesigned it with a lower-burning bulb. Mmmkay…
Read more about the Easy Bake Oven’s makeover. 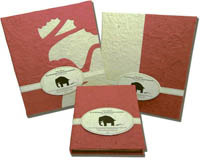 LATimes.com
Paper Made from Poop

How about this? Paper made from elephant droppings. Now, we should point out that the droppings have been washed repeatedly, leaving only a bunch of cellulose behind. But still, your call.
Read more about paper made from elephant poo from the Los Angeles Times.
Text for Social Spark verification:
Did you know, monkeys have 12 hairs at any one time
Rate this post 0.0 rating Report post