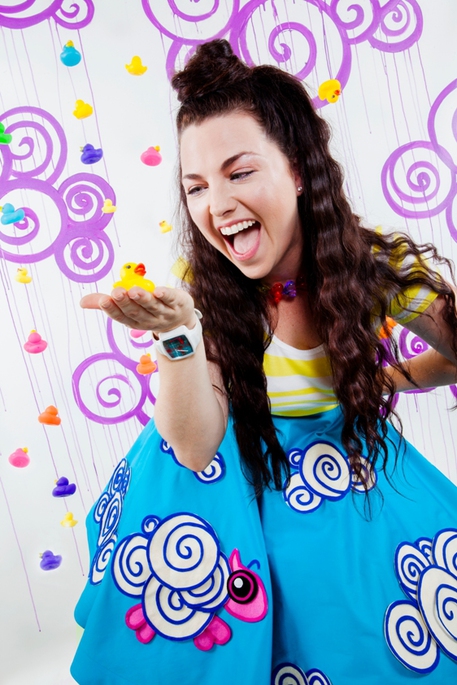 Along with the rock band Evanescence, Amy Lee has sold millions of albums. However, having a son in 2014 rekindled her love of children's crafts and music.

As a mom, she sings to her little one Jack almost as much as she talks to him. Around the same time Amy started casually writing songs to entertain her son, she suggested recording some music with her father John Lee, who's also a musician. She then decided to ask her uncle and siblings, and the sessions grew into a family album of children's music filled with rich harmonies and bouncy melodies. The new record, "Dream Too Much," gave Amy a chance not only show off appreciation for folky children's music but her love for children's crafts and handmade objects as well.
Also See:
Jack White Discusses Upholstery and Creative Theory
Jonathan Brooke and paper crafter Kayte Terry Team up for the 'Crafty Girls' Video 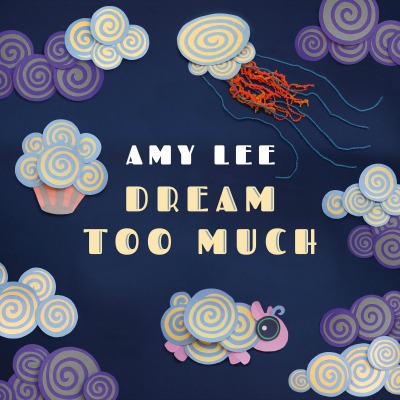 The "Dream Too Much" album cover is dotted with swirly clouds, sheep and cupcakes hand-painted by Amy. Designer Masaki Sato interpreted the images' curly lines for the dress Amy wears in the accompaning promo shot shown above.
"We used felt for the clouds and sheep which really makes them pop off of the fabric like an illustration," she explains. The cover and dress are both examples into her appreciation of handmade projects. She recently built a sunglasses holder out of a canvas bag.
"I cut rows of slits in it to hang the glasses in, sewed a little pattern on it and hung it by the door," she explains. "It probably doesn't sound that cool, but we had like 12 pairs of sunglasses junking up our kitchen counter and it's way better now! And cute."
The multimillion album-selling singer has also turned door knobs into jewelry and sewn Halloween costumes for her siblings. "I've also been known to make a pretty rad homemade gingerbread house when the mood strikes!"

A DIY ethos resonates through "Dream Too Much," in which her father and uncle did a lot of the instrumentation and her sisters helped on singing. The title track from the album has playful and surreal lyrics that suggest a world of images built on a foundation of children's book stories and illustrations: "There's a monkey in my bed / The muffins are sleeping / And the tigers in the sand / Oh, no Well, the grapes keep raining down."

For the video, Amy asked Aleksander Zobec and paper artist Riccardo Orlandi of TakeProduction to create a kaleidoscopic world out of paper cut crafts and stop-motion animation.
"I've been a stop-motion fan for as long as I can remember," recalls Amy. "As a kid I loved Gumby, The California Raisins, then later all of Tim Burton's stop motion masterpieces — 'The Nightmare before Christmas' and 'James and the Giant Peach,'" she says. "Since this album is inspired partially by my own childhood, it seemed like the perfect fit!"
All of the paper spaceships, animals and backdrops in the "Dream Too Much" video are one of a kind.
"We like the idea that the elements do not look like 3D computer generated images," says Aleksander. "Today, it’s really easy to create 3D animation, but our videos have a human touch.The different characters and elements are not as clean as they would be in a 3D generated environment but this makes them feel 'real.'" 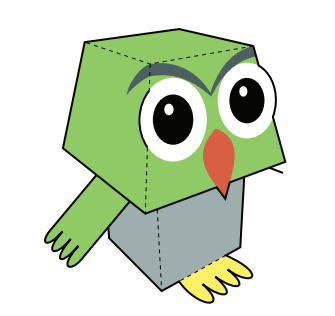 Paper crafters and parents who appreciate the look of the "Dream Too Much" world will love the paper toy owl you can download for free by clicking here.
Amy is gearing up to tour with Evanesence this fall. Of course there's still one big important question to answer: Is collaborating on music with family members easier or harder than collaborating with band members?
"Ha! Well I don't know about easier or harder, but it was definitely different! I'm used to being the boss in a lot of situations, but it's different when you're trying to be the boss of the same people who changed your diapers and grounded you."