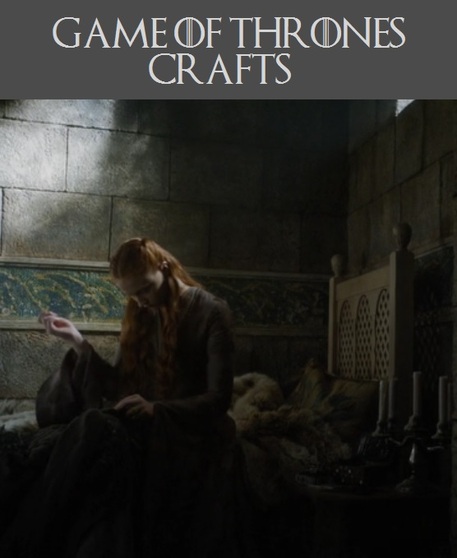 Not sure what you're going to do with yourself after the season finale of "Game of Thrones"? I find the thrones-less 10 month period to be tortuous and depressing as well. George R. R. Martin really knows how to play on our heartstrings and toy with our emotions. We all love it though, deep down inside, and that is what makes the show so good. So what will the "Game of Thrones" fandom do during the off-season? I want to create something special and impress my friends with my obsession ... err, I mean my healthy relationship ... with "Game of Thrones." Granted I don't embroider as well as Sansa but here is my list of possibilities for "Game of Thrones" crafts to try between the seasons. 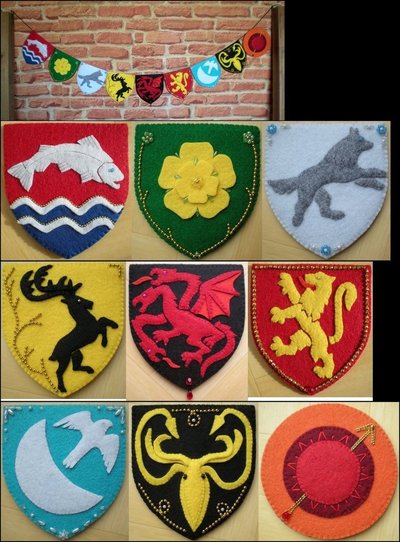 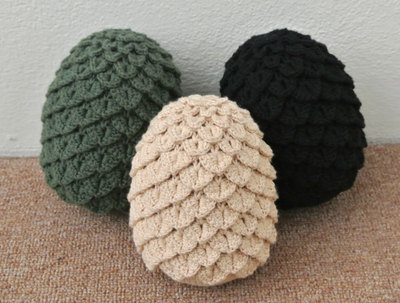 Rachaek on Etsy.com
Crochet Dragon Eggs
I can't believe how well the crocodile crochet stitch resembles dragon scales. These would make awesome gifts for any Thrones fan. These eggs were created by Rachael who provides the dragon egg pattern in her Etsy shop, String Theory. 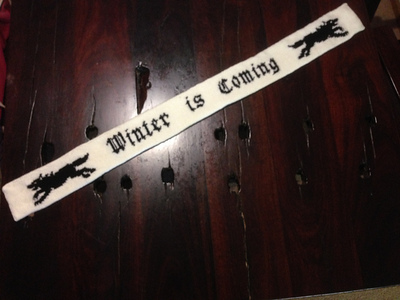 Fatalsun on Ravelry.com
Knit "Game of Thrones" Scarf Pattern
I do not care for warm weather — I seriously wish I was in Winterfell and that winter was coming. Technically winter is coming, which is why this "Game of Thrones" scarf pattern is on my summer to-do list. Laura Semesky shares this free scarf knitting pattern on Ravelry.

Every now and then, I come across something that just flat-out impresses me. This "Game of Thrones" metalwork video by Rextorn Metalwork is one of those things. 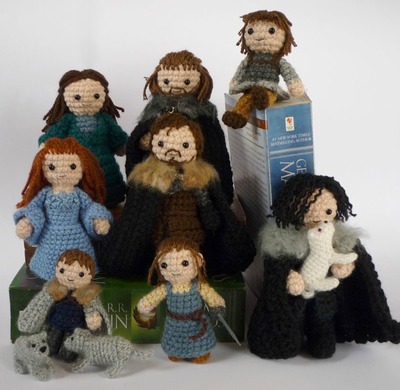 lunascrafts.livejournal.com
"Game of Thrones" Amigurumi
Amigurumi has to be one of the cutest and most fun ways to recreate your favorite characters. This crochet version of House Stark was created by Kati Galusz. She also has crocheted the Lannisters and Daenerys with Drogo. Her craftsmanship is fantastic and she has her patterns available on Ravelry. Check out the page for her Game of Thrones amigurumi. 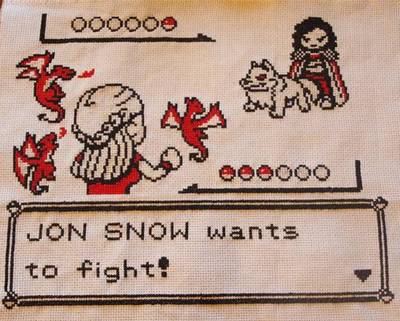 ratherunseamly.etsy.com
"Game of Thrones" Cross Stitch
I love seeing creative crossovers! Crossovers are when you combine two different concepts or fandoms to create something that provokes smiles. This "Game of Thrones" cross-stitch combines Thrones and old-school Pokemon. Beki Harrison is the creator and you can find the pattern for this fandom crossover cross-stitch in her Etsy Shop, RatherUnseamly. 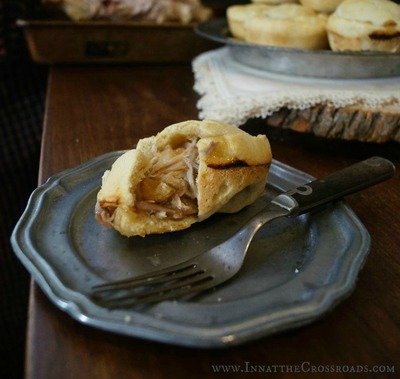 innatthecrossroads.com
The North's Honeyed Chicken Hand Pies Recipe
What's the best part of the north? Ok, yes, Jon Snow. The second best thing? The food! Innatthecrossroads.com is a "Game of Thrones" fan site completely dedicated to food recipes. It's heavenly! I actually made a version of this "Game of Thrones" recipe last week. I used blackberries instead of the raisins and dates that the recipe calls for. It was indeed heavenly. I would definitely try to make the dough as thin as you can — phyllo dough may be a good substitute. Also be sure to cook down the filling before you put it in the pies until it resembles a sort of slop. Only fill them about halfway, otherwise they will overflow out of the pan and cause an unwanted smoky mess. Check out the honeyed chicken hand pies recipe and make it for your season finale dinner! 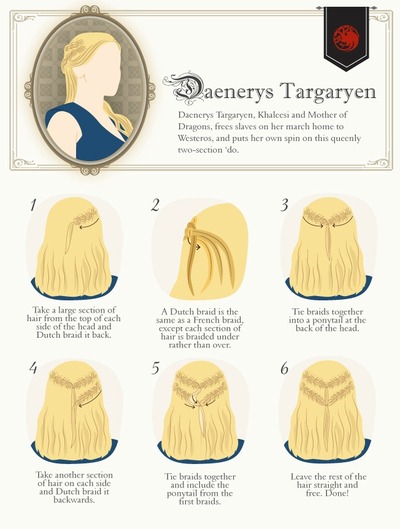 healthyhairplus.com
"Game of Thrones" Hair Tutorials
The medieval style in "Game of Thrones" is so elegant and the hairstyles are extravagant. Remember Margaery's crazy beehive wedding do? You've surely lucked out if you have extra-long hair and want to try these "Game of Thrones"-themed hair tutorials by HealthyHairPlus.com.

Hand of the King Pin Tutorial

NerdEcrafter shares her tutorial on how to create your own Hand of the King pin out of clay. Who's your favorite hand of the king, Ned or Tywin? 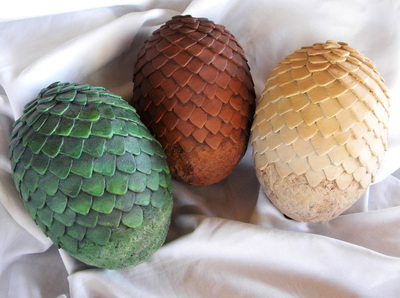 blindsquirrelprops.com
Resin Dragon Eggs and Silicone Mold Tutorial
Can't get enough of the eggs? They are iconic to the show and the series. There are so many variations of crafts based on them. This one in particular is pretty cool. You can make your own mold out of silicone and then cast as many eggs as you want out of resin. The tutorial was created by Mike Iverson, a prop builder who has been making replicas from movies, television, games and anime since 2005. Check out his blog post on how to make the mold and "Game of Thrones" dragon eggs.
Follow CraftFoxes's board Geek and Nerd Crafts on Pinterest.