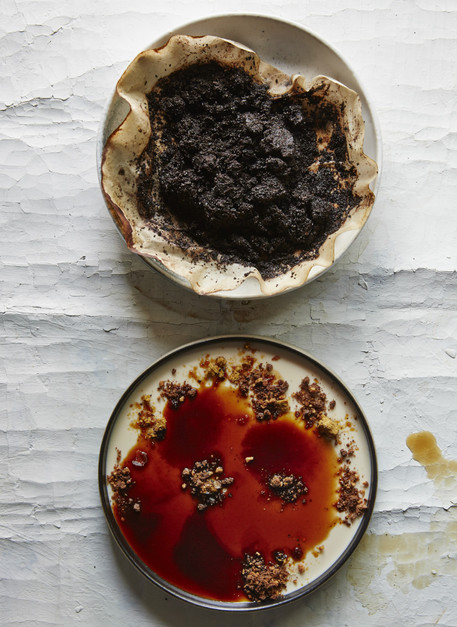 Americans waste an astounding amount of food, often for silly reasons. About 50 percent of all produce is thrown away because it’s bruised or isn’t “shaped right.” Chef Mads Refslund says the problem results from a “national obsession with cosmetic perfection.” Cheap prices, plentiful options and missed sell-by dates all lead to one-third of foodstuffs being trashed.

Over the past five years, Denmark, Refslund’s native country, reduced national food waste by 25 percent, inspired by the work of Selina Juul, founder of the organization Stop Wasting Food. She convinced supermarket chains to make small changes like put up a sign that reads “Take Me, I’m Single” over display of individual bananas that weren’t part of a bunch. Seems like a simple addition, and yet this signage helped reduce the amount of bananas wasted by 90 percent.
Make Panna Cotta with Coffee Grounds from "Scraps, Wilt and Weeds." 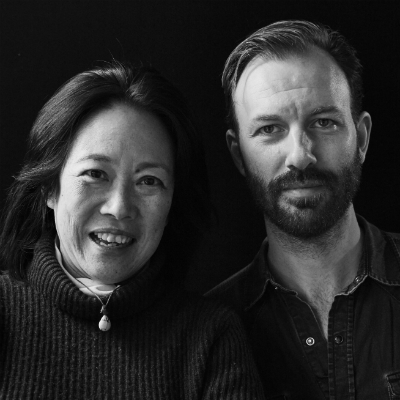 The new cookbook “Scraps, Wilt + Weeds” by Refslund and culinary forager Tama Matsuoka Wong helps foodies find meals in ingredients that are considered trash or compost.
Have wilted carrots? Coat them in sugar water and roast to make “Carrot Raisins.” The recipe “Grilled Fish Carcasses with Miso-Herb Butter” encourages cooks to consider the meat between fishbones an entree instead of stock flavoring. Even those coffee grounds you toss every morning can be a topping for panna cotta and substitute bitter chocolate in another recipe.
The authors aren't encouraging anyone to eat moldy food. “If it smells rotten and looks rotten because it is covered in mold, it Is rotten,” says Refslund. However, staving off oxidation with preserving and fermentation is highly recommended. My dad used to eat moldy hot dogs and say “mold is where Penicillin comes from,” as part of his reasoning for eating tube steaks most folks would toss. When I give this example to Refslund and ask if some rotten food has unexpected healthy properties, he responds: “If by ‘rotten’ you mean ‘aged,’ yes! Aged cheese and wine are better as they mature. Fermentation has incredible health properties, but I would not call a moldy hot dog ‘fermented.’”

“Scraps, Wilt + Weeds” also has ideas for adventurous foodies willing to hunt for their own ingredients. Wong, once a corporate lawyer, became an ardent forager after her attempts at gardening turned into drawn out battles against weeds.

When she described her skirmishes with knotweed and chickweed to visiting Japanese professors, they told her these plants are loved for tasting like rhubarb and cornsilk. Eventually this led Wong to become a gourmet forager for chefs such as Daniel Boulud and Marc Forgone. Any place that grows herbs or vegetables, whether it’s a container garden, a community garden or a farm field will have some of those “weeds” that are likely edible, says Refslund.
The foraging section of the book includes recipes like “Spruce Sugar Cookies,” which can be made from a discarded Christmas tree (hopefully one that hasn’t been sprayed with a chemical preservative). Gourmands who want to try Refslund’s innovative cuisine can look forward to the opening of his new restaurant Fire + Ice in Williamsburg, Brooklyn, later this year. In the following video, he talks with James Corden about the plans for an open bonfire and giant block of ice to be part of the interior decor. In the meantime, you can testing recipes like “Skillet Roasted Cauliflower Cores” and “Fried Fish Scales.”