How I Became a Full-Time Crafter 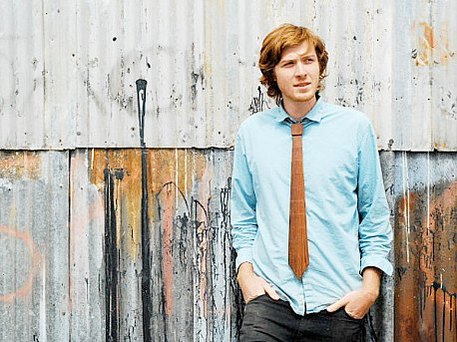 Most people who enjoy crafting have daydreamed about turning their hobby into a career. Those who have started their own business tend to agree it’s a very satisfying way to make a living, and even more so because their livelihood comes from his or her own two hands. But they’ll also agree that it takes a lot of time and dedication (and luck!) to successfully make the transition from leisurely projects to bread-winning products.

Jen Gubicza of Zooguu thought she had her “dream job” as a graphic designer until she started making plush toys and realized her true calling.
“My ‘hobby’ had been slowly taking over my life,” says Jen, “and I was getting more and more involved in Etsy as well as doing craft shows and making contacts in the craft community. I had an opportunity to move to Brooklyn, New York, and share studio space with a few other amazing artisans, so I took it.”
Soon afterward, Jen found herself and her husband, Brian, making toys during the week and selling at craft fairs every weekend — a full time job and then some! Her career change was not just a shot in the dark, however.
“We moved to NY and we put a time limit on it of two years. We treated the move like a ‘graduate school without tuition’ time where we would either make it work, or we would fail. The two years to build our business really forced us to focus on our goals.”

Many crafters have to work multiple jobs and long hours in order to get to the point where they feel comfortable leaving a day job for their craft.
Just one of Juli Sherry’s many jobs is making high-quality customized instrument and electronics cables for her company, Cordinated. She also works at a graphic design firm, delivers food at night, runs two Etsy shops, does freelance print and web design, and goes to school.
To Juli, the crazy work schedule is worthwhile because it puts her on the path to someday being her own boss. She looks forward to the day when she can put all her eggs in the Cordinated basket and be, as she says, “satisfied with a career that I created on my own and having fun doing what I set out to achieve.”

Of course, there are downsides to being your own boss, too.
Jill McKeever, proprietress of For Strange Women, is thrilled about the freedom and challenges of running her natural forest and Victorian-inspired perfume business full-time but, she says, “The work never ends, and it is easy to get caught up working 60-plus hours per week. There are a lot of other tasks besides just doing the craft, and the whole 'crafting' part becomes only a fraction of what you do.”
Brendan Incorvaia of Wood Thumb agrees. “I started out as a [wooden] tie maker, now I’m also a President, CEO,CFO, head of human resources, landlord and janitor. I spend so much time running the business that at times I start to feel removed from crafting itself.”

Running a craft business isn’t for everyone, especially not for those who like things such as a predictable source of income, weekends off or company-provided health insurance. But for those who long for the excitement of the tired-but-happy life, successful crafters are usually eager to share their experiences and advice.
“Starting a business ain’t easy,” says Brendan, “but it’s no more difficult to go into business for yourself crafting than it is to do so for anything else. The main obstacle to overcome is simply deciding to go for it.”
Jen cautions new crafters, “Once January hits, it can be rough financially your first year, if you aren't prepared. Use the down time to work on new products, restock your wholesale accounts that sold out during the holidays and build up stock for when the selling season starts up again."
She also recommends keeping in touch with other local designers and makers. "I'm part of a group that meets up once a month to talk about our crafty businesses. This support system has really helped keep me going and has been really informative." Jen even suggests starting one, if there isn't such a group in your area. "Having other people to talk to who get what you do is essential.”
For more advice on becoming a full-time crafter, head to Jill's blog at Jill McKeever.