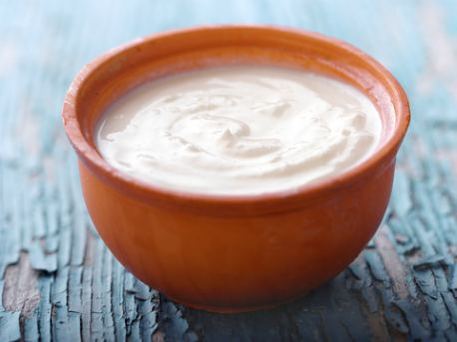 Urban homesteaders and urbane homemakers have transformed jams and breads into bold-fashioned hobbies that often surpass those at the factory-fed stores. Yet homemade yogurt, one of the oldest and most widespread of the crafted foods — and one that I have made for years — garners little attention. Does it deserve to? Read on to learn if homemade yogurt is really better than store-bought.

Effort and time:
Making yogurt is easy, especially when compared to canning and pickling. I heat milk to 185 F to kill any possible bad bacteria and also to discourage curd-clumping, and then cool it to 110 F. I add the good bacteria (¼ cup of store-bought yogurt or a reserve from an earlier batch), and then keep the yogurt at 110 F for 7-12 hours. The longer it cooks the thicker and more sour it will become. So, heat, cool, keep warm — that's homemade yogurt.
Get the free tutorial for homemade yogurt at Make Your Own Yogurt!

But that 7-12 hour cooking time means I'm always half a day away from the finish line. So, while making yogurt is simple, it sure ain't quick.

Buying yogurt wins on ease and convenience, no question.

Price:
The start-up costs of homemade yogurt are minimal, requiring common kitchen tools: a stockpot with lid, a stove top and a thermometer. Ingredients are also fairly inexpensive, just milk and a starter (usually store-bought yogurt, which is a one-time buy as long as you keep reserving a ¼-cup of finished yogurt.)

Store-bought milk is about $4 a gallon. If you're very lucky then you can get unpasteurized milk, which varies from the $3 at my neighbor's farm to the $15 at the hipster farmer's market in the city center where I reside.

So, a single-serve yogurt container (often 6 ounces) often costs $.70 at the store. Homemade yogurt, if using the same portion size, would ring in at $.18.

So for price, homemade wins.

While homemade and store-bought yogurt taste very similar, there is a big difference when cooking with them. Most processed yogurts have additives like modified cornstarch, gelatin or xanthum gum to keep it solid, which means it doesn't break down easily. This creates tougher banana breads and clumpier curries.

Thus, homemade wins my heart (via my stomach).

Those who want a quick snack should stick with store bought. But for thrifty gourmands, it's Route Homemade all the way.

Color me surprised! Boxed cake mixes don't take that much less time than cakes from scratch.
Check out the full breakdown from The Kitchn!

What can't vinegar do? But beware: This kitchen staple could soon take over your cleaning closet!
Learn more about homemade cleaning supplies from Planet Green!

Touching a woman's hair can be a big no-no, so what happens when she replaces all of her salon accoutrements with homey hair remedies — bad hair day or best idea ever?
Get the recipe for homemade shampoo from Passionate Homemaking!

Is it Oven Safe? How to Know if You Can Bake Glassware, Styrofoam, and Other Materials CraftFoxes Staff | 05/19/22