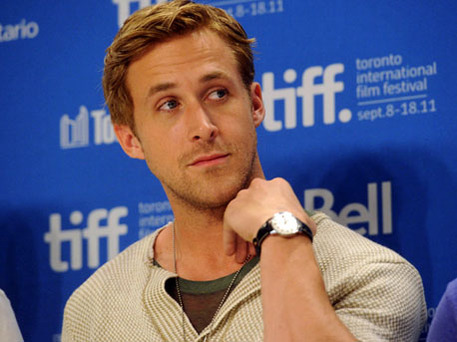 Celebrity Ryan Gosling has recently shared that knitting would be a part of his perfect day. In an interview for GQ Australia's February/March 2013 issue, Gosling said, “If I had to design my perfect day, that would be it. And you get something out of it at the end. You get a nice present. For someone who wants an oddly shaped, off-putting scarf.” He learned the craft on the set of "Lars and the Real Girl" when an all-day scene had the actor knitting with a room full of ladies who eventually showed him the basics of knitting.
To learn more about Ryan Gosling's interest in knitting, head to Entertainment on Today.