Moogly on the Mind: Interview with Moogly's Tamara Kelly, Part 1 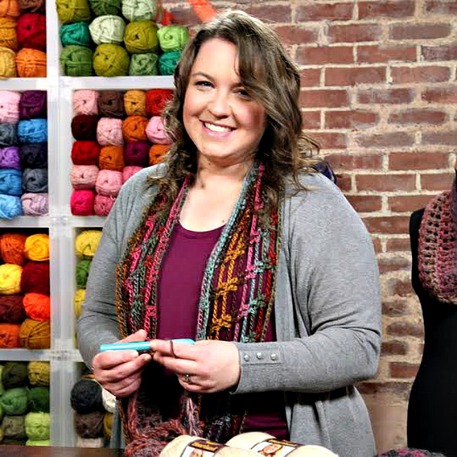 Meet Tamara Kelly, the creative mastermind behind knitting-and-crocheting blog Moogly. From caring for three children to designing her own patterns, Tamara is one busy woman. We talked about learning how to crochet and the language of knitting. Commence Tamara 101!

How did you learn how to knit and crochet?

"I had always wanted to learn, but as a kid all I managed to pick up was finger knitting. I tried to teach myself as an adult (back in the olden days before YouTube) with a flyer... and a horrible thick and fuzzy boucle yarn, and tiny Tunisian hook. Not that I knew those were the wrong choices, I was clueless! It was a mess, as you can imagine.
Finally in late 2001, I gained a sister-in-law, and in one of those rare moments when both our babies were sleeping, she taught me how to chain and single crochet. With that I was off and running! Suddenly all those written instructions and illustrations made sense, and I taught myself the rest as I went! And that's one of the things I love about crochet - it's so inventive, and there are so many things you can do with it, that I doubt I'll ever learn it all!
So a few years later, I decided it was time to learn to knit. But I didn't know anyone local who knit either, and I knew I needed to see it in action to learn. So the next time I took my kids to the library, I picked up a Kid's Learn to Knit DVD from the children's section! And a very nice little 9 year old boy on that video taught me to knit. I only threw the needles across the room twice!"

When you were growing up, were knitting and crocheting a big part of your life?

"Boy I tell ya, I was an AMAZING finger knitter! So. Many. Tubes! Alas, that's as far as I was able to get before adulthood." 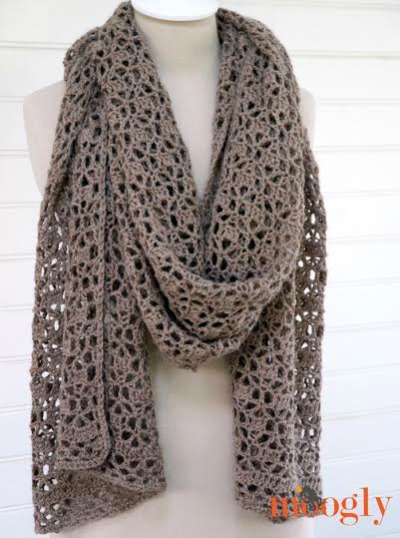 Moogly
Does anyone special to you share the same enthusiasm for knitting and crocheting as you?

"I definitely felt like the 'odd man out' for a long time. I think that's why starting Moogly was so exciting - it allows me to connect with others who are as jazzed about it as I am!" 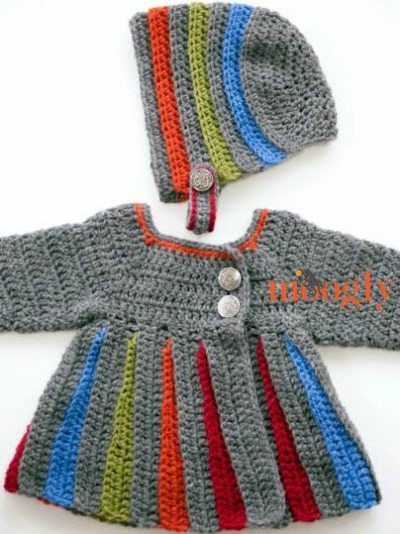 "I started crocheting in late 2001, and knitting in April of 2009! I've always been experimental with yarn - more likely to make something up than follow a pattern! But I shared my first, very simple pattern in 2008... and then finally got on the real designing train in 2011!"


Knitting or Crocheting? Do you prefer one over the other? If so, why?

"I think crochet is like my first "yarn language" - the one my brain defaults to and thinks in. Knitting is like a second, foreign language - I can speak and read it pretty well, but it's not my native language. I enjoy them both, but I think I'll always crochet more!

I'm still a lot slower at knitting, and my skills are still at an intermediate level there for sure, but I do enjoy them both! Crochet will always be my first love though."

Do you have any other passions outside of knitting, crocheting, and designing?

"I don't have time for much else right now, besides taking care of my family! But I did learn how to needlefelt earlier this year, and it was so much fun - I hope to incorporate that into Moogly a little bit in the future too. Then I'll have an excuse to play with it some more!"

Keep your eyes peeled for Part 2 of the Tamara Kelly interview in which we discuss her pattern inspiration and the making of Moogly.