The Best Free Videos to Learn How to Knit a Cowl 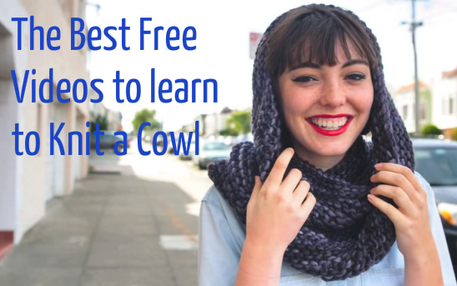 Making a cowl is often one of the first projects a beginning knitter attempts. They're easy, stylish and make great gifts. But they come in many different styles — some with a hood, some with a chunky stitch. We've rounded up a great selection of free videos to help you learn how to knit a cowl in afternoon, or even an hour.

The Cushy Cowl by Sheep & Stitch is knit in the round with a garter stitch and gives you a finished piece that's very much like an infinity scarf. In the end you get a casual material that drapes well with loosely knitted stitches.

Stephanie Japel's seed stitch cowl has a streamlined look and can be finished in an hour (that's hard to beat). Crafty's video walks you through all of the steps and you can also refer to the cowl pattern as you watch the video.

Take a class to design your own cowl at Craftsy!

When many people think of a cowl they often envision one with a hood. Halliday Nelson not only shows you how she makes her hooded cowl (which fits cozily over the shoulders), she also offers tips to improve on the pattern, including which needles to use and how to sew up the hood.

The main section of this mesh lace cowl by Purl Avenue is a repetition of four rows. For the most part, you only need to be mindful of one increase and one decrease. You can embellish the edging with a seed stitch or just cast on.

If you feel comfortable enough as a knitter to move to the advanced beginner stage, VeryPink Knits has a cowl pattern that's bound to impress but is mostly knit and purl stitches. After watching the video, you'll probably want to check out the tutorial at VeryPink knits.

Know a cute kid who could use a nice cowl with cute ears to keep his or her head warm? This cowl from iKnits will certainly bring out the oohs and ahs. Designer Christine also shows how to adjust the size so you can make one for those big kids in your life who want to run around with floppy ears on their head. Keep in mind that this pattern requires a little bit of crocheting for the ears.