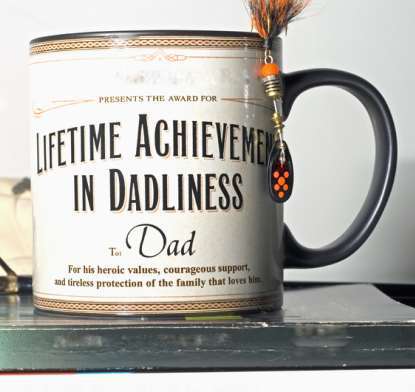 Of the two parent-centric holidays, Father’s Day is the trickier one as far as gift shopping goes. While it’s easy to get Mom a lovely bouquet or edible arrangement, it feels decidedly weird to send either one of those to Dad. And even though neckties have become shorthand for “Father’s Day gift,” we’ve known of no one who has actually given one. Let’s change this stressful shopping affair, starting with this year’s Father’s Day holiday (June 19th, in case you’d otherwise be forced to Google). We’ve got 10 inventive ideas that are all relatively easy to DIY but are guaranteed to make a splash. Let’s get started… 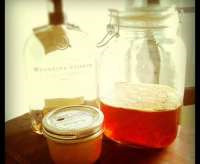 Yes, you’ve read that correctly: Bacon bourbon. And it’s a big trend this year. (Don’t knock it til you’ve tried it, the taste is a little sweet-smokey and makes an interesting old-fashioned.) To do it, fry up some bacon, then pour an ounce of the cooled leftover grease into a jar of bourbon. Let sit for a day, then strain. Ta-da, bacon bourbon.
For the complete bacon bourbon recipe, visit New York Magazine. 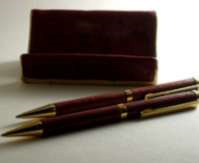 Dads tend to have a fondness for a nice pen, no matter how gadget-oriented they are. Though this one looks like a lovely burled wood pen, it’s actually made from polymer clay. You’ll start by blending a few wood-hued pieces of polymer clay together. Then, take apart a pen, and wrap the clay around the casing. Bake according to the clay package’s directions to finish.
Read about the ins and outs of customizing pens at CraftyGoat. 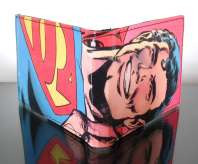 Have you ever noticed that Dads always seem to hold onto their wallets for far too long? Give him a new starting point for hoarding receipts, cards and cash with a fun, comic wallet. The easiest way to do it is by sealing comic book pages with clear packing tape (or sandwiching them between pieces of vinyl), then stitching as if it were a fabric.
The how-to for creating a wallet was previously available on Readymade. 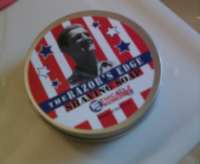 He’ll never want to go back to the canned stuff with a homemade shaving soap. (And you might want to make some extra for yourself.) It’s not much more difficult to make than normal soap, the key difference is that you’ll be adding clay to the mix. Clay is what will give the extra “slip” factor that’ll allow the razor to glide onto the skin.
For a good starting recipe for shaving soap, check out About.com. 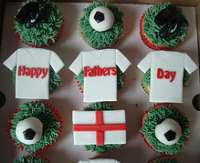 We know what you’re thinking: Cupcakes are too girly for Dad. Not the case. We know of a few Dads who happily raided a stash of red velvet cupcakes before a major family holiday. But in case you need any further enticement, butch up the cupcakes with a sports motif, using rolled fondant. 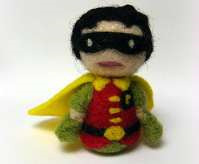 A small-scale Robin will make Dad’s desk just a little bit more super. (This one is modeled after the adorable Tiny Titans series.) To make this teeny sidekick, bust out your needle felting supplies. Start by felting a ball for the head and a cone shape for the body. From there, add details.
Learn (or re-learn) the basics of needle felting over at The Silver Penny. 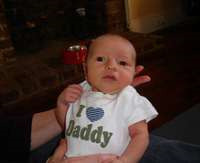 For the New Dad

Before Dad wakes up, dress up the baby in a customized onesie. It will be the cutest way to start Father’s Day, ever. You don’t really need to bother with screenprinting, since this is really a wear-once kind of ensemble. Just position letter stencils over the onesie, then dab on fabric paint using a sponge or stencil brush. 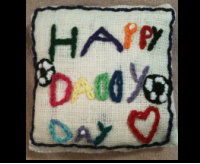 This idea will get the whole family involved: Have your child sketch out a Father’s Day card, then transfer the design onto fabric. Next, embroider over the design, using embroidery floss in the same color as the original card. Then, hide the embroidered art inside his messenger bag, laptop bag or briefcase. So cute.

For the Young Dad

Or, the Young-at-Heart-Dad: A customized pair of sneakers featuring a Pac-Man game board. The classic Vans slip-on is the easiest to use as your starting point, because there’s nice lace-free expanses of canvas to personalize. Don’t worry about getting too precise. Just a few details from the game board (power pellets, ghosts and of course, Pac-Man) are enough to telegraph “Pac-Man.” Like the onesie project, you’ll want to use fabric paint. Make doubly sure that the paint is completely dry, then mist with your favorite shoe weatherproofing spray to protect your artwork. 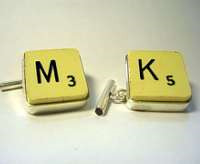 We’ve never known any Dad who actually needs to wear cuff links more than once every few years, but that doesn’t stop us from admiring all the awesome DIY (and vintage) cufflinks we’ve come across. Our current favorite are Scrabble tile cufflinks that spell out his initials. You can find cufflink blanks in the beading section of your craft store, or in Etsy’s destash area. Then, simply affix Scrabble tiles with a strong-holding glue.