Why are Vintage Casino Chips so Valuable? 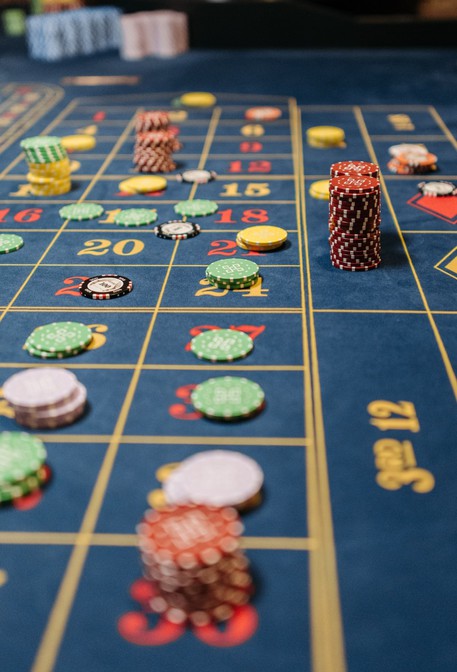 For most people, the value of casino chips only appears when you trade in a stack of them for cold hard cash. But like baseball cards, there’s a lot of value in these items beyond the worth of the plastic and ink.

Plenty of people collect poker chips found in legitimate venues as a trip souvenir to Las Vegas or to celebrate their home state. Some gamblers even grab gaming chips with an impressive design.
Five factors impact the value of a chip, according to the Heritage Auction House. For starters, rarity: the harder to find, the more valuable it is. For example, a chip from Atlantic City’s Playboy Casino used to be tough to uncover and could be worth several hundred dollars, depending on the denomination. Then a cache of them were discovered buried in a landfill and the value of the chip plummeted. There’s a rarity scale for casino chips that extends from R-10 (impossible) for chips where only 2 or 3 still exists to R-1 (common), meaning that over 2,000 of the chip are known to be in circulation.
Next on the list: location — chips from Las Vegas tend to be better recognized. Some people try to collect chips from every casino in Nevada or Atlantic City. After location comes aesthetics: Most people like pretty things, so a well-designed center stamp stands out a little more than just words and a price.
Expert casino chip collectors also concern themselves with the mold used to mint the chips. There’s Arodie, crest and seal, Sm-key, Rectl and others. If you’re going to get serious about collecting chips, you probably want to research these details. Yes, they make a difference, but many casual hobbyists don’t focus on the mold.
Finally, there’s condition. You can find chips that are new, slightly used, average, well used and poor. The better condition the condition the chip, the higher the value.

How pricey do casino chips get? In 2014, a rare $5 from the Golden Goose casino sold for $75,000. You can find many on eBay for sale that cost at least $800. Chances are the prices will only go up. Below is a list of other reasons people collect valuable casino chips.

Special edition chips: For example, the Hard Rock casino puts out chips to commemorate bands playing gigs at the hotel. Similarly there are “no cash value” chips made for special events that cannot be turned in for money, but have a growing sentimental worth.
Brand name casinos: Some people love a particular brand such as the Sands where the rat pack used to hang out or Playboy, which recalls the wild bachelor life personified by Hugh Hefner.
Odd denominations: Not a whole lot of people use $3 casino chips, which is just the reason some collectors focus on them. Movie prop chips: Chips that appeared in scenes for movies such as “Rounders” and “Maverick,” but they never appeared in a casino.
Personal connection: Some people build a collection of chips from their favorite casino, getaway location (like the Bahamas) or hometown. The chips aren’t particularly valuable, except for personal significance.
Snappers: Only blackjack tables have $2.50 chips, which are paid as a reward for getting a natural blackjack. But that rarity also makes them a point of interest.
Historical significance: If a hotel had a memorable event at it or the casino was illegal, that can make the chips more desirable. For the example, Florida’s Colonial Inn casino was part owned by infamous gangster Meyer Lansky.
Metal inlay: Some chips produced between 1946 and 1948 had a die cut inlay, making that differentiating factor valuable. Silver strikes were special coins that could only be won in specific slot machines. But the machines are breaking down, meaning there are fewer silver strikes in circulation.
Backup set: Sometimes if there’s a problem with the regular chips used on a table they’ll go to a backup set that will have a slightly different design. These aren’t commonly used and can be high priced.