Last April, Pixar confirmed that the follow-up to 'Monsters, Inc.,' 'Monsters University' would be a prequel set during the characters college days. This week, images from the new film were released on the web during Disney's D23. The animation company also announced two new original films, slated for 2013 and 2014, respectively.

In honor of the new film, we've rounded up some inspirational Pixar related crafts. Enjoy!

Read more about the new Pixar films on EW.com. 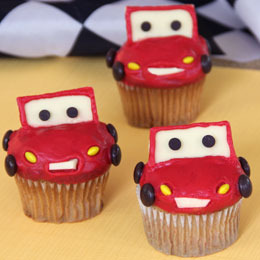 More from this gallery:


Steve McQueen cupcakes from the popular 'Cars' franchise. Edible and cute — two of our favorite things!