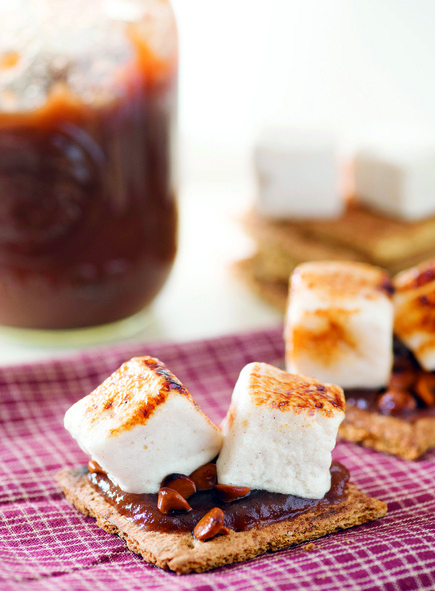 Grandma’s apple pie has nothing on this incredible s’more! Cinnamon chips atop creamy apple butter pair to give you the down-home flavor of apple pie you crave, in a matter of minutes.

Preheat the oven to 400°F. Organize ingredients by type: Place the graham squares on a platter, and the apple butter, cinnamon chips and marshmallows in bowls for ease in assembly.

Prepare a baking sheet with parchment paper. Place graham squares onto the parchment. Top each square with 1 1/2 tablespoons of apple butter, then top with a heaping spoonful of cinnamon chips and 1 marshmallow.

Bake until the marshmallows begin to brown and the cinnamon chips soften, about 45 seconds to 2 minutes. Remove from the oven and serve.

Excerpted with permission from "The S'mores Cookbook: From S'mores Stuffed French Toast to a S'mores Cheesecake Recipe, Treat Yourself to S'more of Everything" by Susan Whetzel and published by Adams Media.