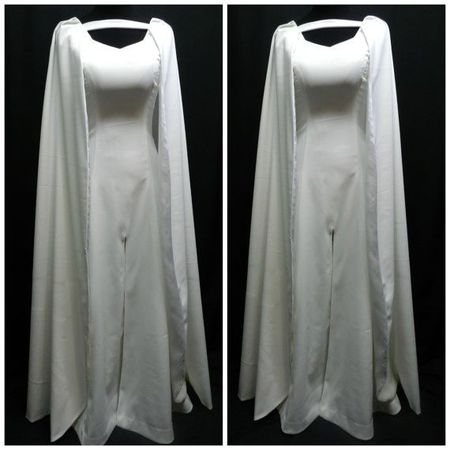 Game of Thrones is a fabulous TV series adapted by HBO which has added a new flavor to the costumes worn by the characters living in the series.

Materials: Game of Thrones is a fabulous TV series adapted by HBO which has added a new flavor to the costumes worn by the characters living in the series. This TV series has incorporated a new splendid layer to narrate the novel ‘A Song of Ice and Fire’ which just briefs the clothing with explanatory text. Yes! This Game of Thrones that has crossed 5 seasons have been encrypted from the novel ‘A Song of Ice and Fire’ which beholds the costume designer Michele Clapton headed by massive team who are responsible in sketching the lively characters with their fabulous costumes. This has invited more audience in and around many continents just for admiring the splendid costumes being designed for the characters and that are being exaggerated from the novel’s description. To add more, this TV series has won many professional awards including Primetime Emmy Award for Outstanding Costumes for seasons 2 and 4.
Many characters in the TV series have been adored by the audience and are admired for their exuberant costumes out of which Daenerys Targaryen’s costume speaks lot on her splendid costume. She has enthralled herself with varied costume designing robes in each season in the Game of Thrones and has been exposed elegantly with her differing attires. In season 1, Daenerys comes around as a character being surrendered under her rude sibling and her weakness and lack of power are openly exhibited by her outfits which are fragile apparel. Of course the costumes worn by Daenerys are similar to that of the Kings with the color, fabric and texture. Followed by this Daenerys is showcased with a delicate and rather an exposed costume.
In season 2, Daenerys has been exhibited as a powerful woman as she has been strengthened powerfully by the tragedy ending of her husband and child’s death. She arises herself as a phoenix, like a queen with dressing full of jewels filled with rich look combined with a regal touch. Her dress is rather endorsed as a metal working and with leather armoring and finished with armored leather finish. Her turquoise gown is elegantly designed opaquely with a flexible garment and violet dirty filled dress. This dressing exhibits her as a powerful lady embarking self protection and showing the character’s rigidity.
Season 3 is a part that tracks the conquering of Khaleesi’s and the way she releases the slaves over there. The costume of Daenerys is now well structured with an army commander and her wardrobe changes into vibrant bluish attire. Season 4 endorses the rule of Narrow Sea by Daenerys and her losing control over the dragon children. Her dressing grows more fabulous and enchanting with rich looking costume lased with embroidery finish. Season 5 shows her with violet dressing which takes her on a hue decorated dove-like. The costume designed by Michaele Clapton for Daenerys is admired by millions of audience with excellent outfit and splendid costumes.
Season 5 is still being adapted in HBO and is loved by multiple audiences to just see the Daenerys Targaryen costume.