Five Ways to Discover Your Next Favorite Craft Brew 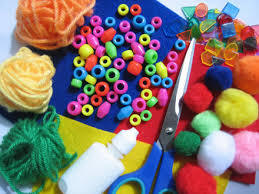 Enjoying a beer used to mean picking up a six-pack after work and heading home to pop a fresh one while taking time to reflect on a long day at work. Now, with the absolutely astounding grown the of the craft beer movement, popping a top of your favorite brew is akin to tasting wine. Times have changed for the beer aficionado, and it's this love of good beer that has led to craft beer being big business around the world.

The issue you face, though, is knowing which craft beer is right for you. You've spent a lifetime aligning your palate to the taste of beer that was familiar & connected you to past generations and carried with it some serious nostalgia. The new "brew" scene is somewhat alien, but you shouldn't fret as there are actually a few cool ways to find the right craft brew for you:

1. "There's An App for That" - Much the same way our world has adapted to the mobile technology we all carry in our pockets, the craft brew scene now is filled with a number of apps that let you do a number of things such as become part of the larger social network of other beer lovers & talk shop. Even more important for the search in mind, you have the chance to check out reviews & ratings for all manner of beers throughout the world.

2. Online Databases - Continuing with the idea of the beer apps, you can search through dedicated online databases that give you feedback based on preferences you enter so as to give you some possible options for a beer to try. These databases usually have their own social interaction between users, which can be a valuable tool for the curious searcher still needing some input on what type of sudsy beverage will be right for them.

3. Specialty Stores - Don't be afraid to actually go to a dedicated beer and wine store. Sure, you can't get motor oil & diapers there at the same time as your beer, but what you can get is a wide selection of craft beers & a very knowledgeable staff that can help guide you the entire way. Many places also offer a chance for customer to create a "mixed six" of different beers to try.

4. An Old-Fashioned "Pub Crawl" - There is always the way of simply getting out there to try something new. It stands to reason that this is the riskier of these tips, but while you may have trepidation as to what you'll find, you may actually encounter a welcoming group of people who want you to enjoy beer as much as they do.

5. Asking Friends - You could also ask your friends & family for some feedback. While many may not have any input at all, some may be perfectly suited to welcome you to the craft brew party; they may even ask you to tag along and hit the streets looking for local craft breweries that will make you think twice about 'brewskies'.

Craft beer is more than just drinking beer. It's an appreciation for hard work & a reverence for the old ways of doing things that took longer but were well worth it in the end. Now, there's something to which to tip your beer.