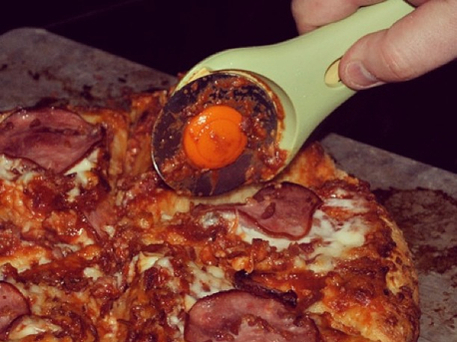 The other night, my husband was cooking a frozen pizza. I heard him ask from the other room, "Do we have a pizza cutter?" I replied, "No, I haven't seen it since we moved."

A few minutes later, I walked into the kitchen to see this. My husband used my Fiskars rotary cutter to cut the pizza! Granted, I do have quite a stash of rotary cutters. But wouldn't any old knife work?

To console myself over my husband's decision to use crafting tools to cut pizza, I decided to research some crafty pizzas and pizza-inspired crafts. From the pizza in pop culture to cooking woes, I've rounded up some of my favorite pizza crafts from around the Web. 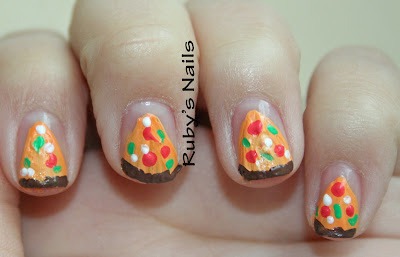 This self-proclaimed fail comes in the form of a pizza manicure. Aside from colors that just don't work well on fingers and toppings that are too small to resemble their actual shape, this pizza manicure is a craft fail that can still put a smile on anyone's face.
Check out this pizza craft at Ruby's Nails. 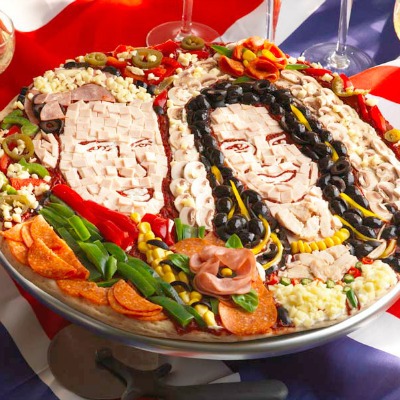 This pizza art has to be seen to be believed. To celebrate the royal wedding, Papa John's created a mosaic pizza using mushrooms for Kate Middleton's veil and salami for Prince William's suit. The pizza was beloved it won a PR award.
Check out the pizza craft at City and Financial PR Awards. 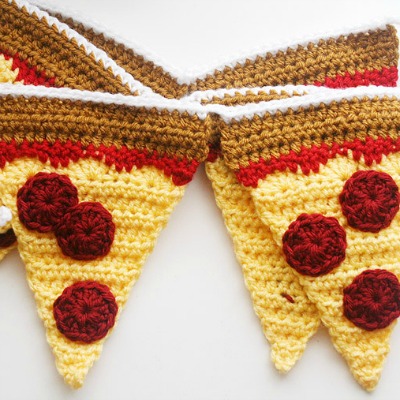 Twinkie Chan crochets food scarves, like ones made to look like pepperoni pizza, cupcakes, pears and more. She also designed a pizza garland and is giving away the design for free. What better way to start a conversation? A conversation about when to order pizza.
Check out the pizza garland pattern at Twinkie Chan. 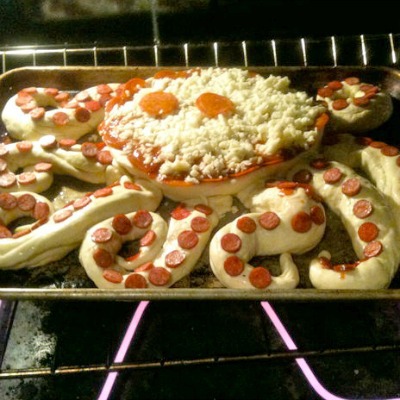 This octopus-shaped pizza at Instructables is both delicious-looking and, let's face it, a bit creepy. But just look at those pepperoni tentacles. Nom. Nom. Nom.
Get the octopus pizza craft how-to at Instructables. 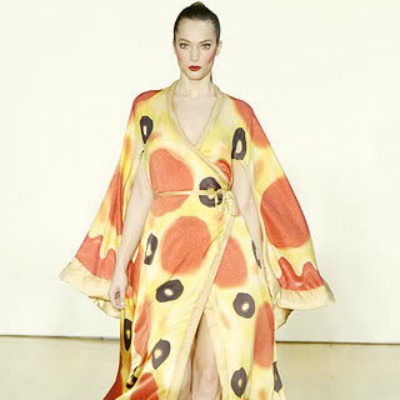