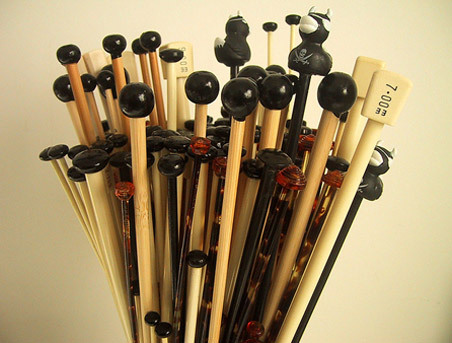 We never tire of those ingenious "new uses for ordinary items"-type tips, especially when it comes to crafting. There is, most likely, at least one other function for any given thing. But that's for everyone else to figure out ... we'll just focus on the more useful tips for making our craft time a little more efficient.

First up: Knitting needles. Though we know we can use them for creating scarves and sweaters, they can also help you turn out crisp corners when sewing. See also: chopsticks. 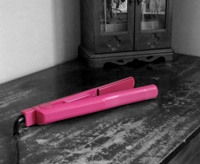 Flat Iron as Mini-Iron
Need to straighten out a tricky area, like in between buttons on a shirt? Reach for a flat iron. Simply clamp, hold and release for a crisp finish. This tip is also handy when traveling. 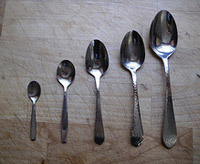 Spoon as a Bone Folder
If you dabble in paper craft, a bone folder is crucial for getting beautifully even folds. But you don't always need to buy one. The edge of a spoon can work nicely in a pinch, creasing paper without tearing the paper. 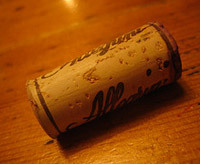 Cork as Sewing Kit
If you're about to hit the road in the middle of your latest project, you know how easy it is for needles to pop out of your pincushion and into the bottom of your kit. For a more secure fit, stick the needles into a cork (synthetic or traditional). 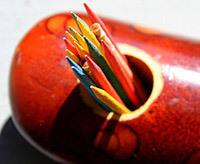 Toothpick for Sewing Buttons
No matter how many times we sew on a button, we often end up with one that's a bit too tightly secured, making it difficult to fasten a garment. To sidestep this outcome, grab a toothpick and slide it under the button as you sew it onto the fabric. It'll give you enough wiggle room to create the perfect fit. 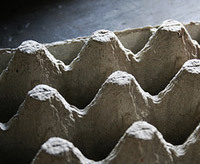 Egg Carton as Paint Palette
This is an old tip, but a good one: Squeeze paint into the compartments of an (empty) egg carton for a no-mess palette. If it worked in kindergarten, it'll work now.