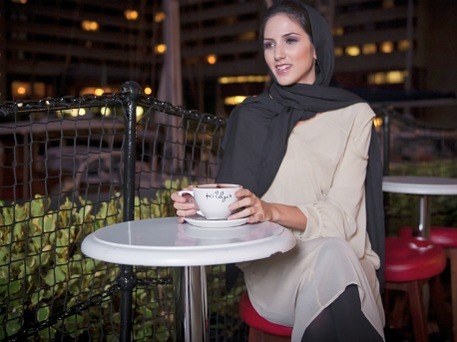 This week's craft news was filled with William and Kate's one year wedding anniversary, the growing trend of Muslim high-fashion and even a new exhibit at the Japanese American National Museum, which examines origami's influence on modern science.

The Knot that Stayed Tied
Remember what you were doing this time, last year? More than likely, it was watching, reading and breathing all things William and Kate. As the one-year anniversary of the Royal Wedding lands on Sunday, take a look back at the cozy couple's first year.
E! Online has more on the one year anniversary of the prince and his bonny bride.

Muslim Modesty and High-Fashion Style, Together at Last
The Guardian reports a growing trend of designers creating modern and chic Muslim fashions that also cover from stem to sternum, including Vivienne Westwood protegé Barjis Chohan's abayas and dresses which feature Peter Pan collars and breezy silk georgette fabrics.
Head to The Guardian for more on the growing trend of designer Muslim fashions.

Under the Influence
While many relegate origami to a charming craft for kids, the Japanese American National Museum's new exhibit spotlights the paper craft's influence upon major technological breakthroughs like heart stints, air bags and space telescope lenses.
For more on how origami has inspired science, head to the L.A. Weekly.

Dressed to the Nines
For those interested in making, gluing or even going the old-fashioned route with a fabric-and-stitches gown, the San Jose Mercury News has gathered the most popular prom dress sale trends in California, including fishtail hemlines, neon colors and, even a year later, Royal Wedding-inspired headgear.
Head to the San Jose Mercury News for popular prom dress trends.

DIY iPhone App
Who knew your phone was handier than a hammer and nails for all those home decor, craft beer brewing and even DIY butchering projects? Fox News has rounded up the latest phone apps to help you finish all those DIY home projects.
Fox News has more on DIY craft apps for your phone.