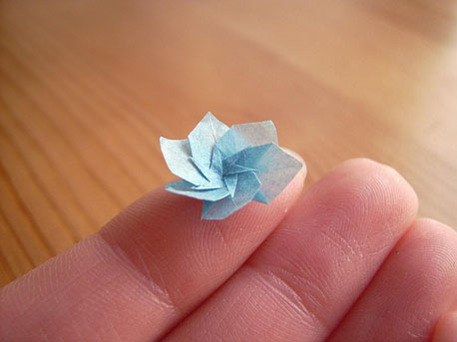 Origami transforms paper into beautiful, organic shapes through folding, a meditative process that can connect the artist's body and mind. Artists Michael G. LaFosse and Richard L. Alexander, co-authors of the book "Origami Art: 15 Exquisite Folded Paper Designs from the Origamido Studio" and owners of Origamido Studio (a source for origami supplies and inspiration), share their love of origami, including exciting — and troubling — trends in origami, paper made from desert plants and how beginners can get started making this fine art.

Any favorite trends in origami?

Michael & Richard: We are both delighted that the public now recognizes some origami as fine art. While some simple pieces are elegant designs, the recent attention on archival and colorfast materials, such as our custom, handmade, Origamido(R) papers, has opened up a collectors’ market for the works created by our best folding artists.

One of the troubling trends is for some designers to rely on computer-assisted algorithms that do tend to make independent artists’ works look alike. Many of these folders have no personal exposure or experience with the creatures they are folding — they merely Google for a photo of a particularly complicated-looking insect, measure the relative lengths of the appendages, load the variables into the software and fold on the lines from their printout.

How would you recommend someone getting started with origami?

Richard: I would suggest that the teacher collect scrap paper, and trim various squares to make them available to students for free folding experimentation, uninhibited by the cost of materials. You would be amazed by what students will come up with, and how rich their imaginations are. One student produced an adorable little action model. We were not even quite sure what species it was. The student named it “The Hugger.” 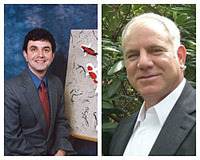 Which of your craft projects took the longest to finish?

Richard: We have done several environmental installations in which we both have produced dozens of pieces. For example, I had to make 40 batches of custom, handmade paper for Michael’s “FLorigami” body of work shown at the Morikami Museum and Japanese Garden in Delray Beach, Florida. We made paper from the fiber of desert plants for an exhibit at the Arizona-Sonora Desert Museum in Tucson, AZ, and we folded more than 70 birds for the Tom Ridge Environmental Center. They represented the species that stopover at Presque Isle in Erie, PA.

What advice do you have for aspiring craft authors or teachers?

Michael: Do your homework! There is a lot of origami instruction out there. Try to contribute fresh ideas or teach them in a different, better way. Be sure to respect the copyrights and intellectual property rights of other designers! Very few origami models are ancient and in the public domain. If you are planning on using any origami designs, other than your own, find out who the designer is and get written permission for any and all commercial use.

Richard: Be different. There are so many products that teach the same tired things, and we understand all the reasons. The authors and teachers that will gain success (not only a viral following, but respect) are those who can make people look twice at their work, rather than just give it a casual glance. Video is playing a huge role in teaching now, and the controlling factor for success now seems to be if the student is patient enough to actually hit “pause” and “replay” buttons when they need to.