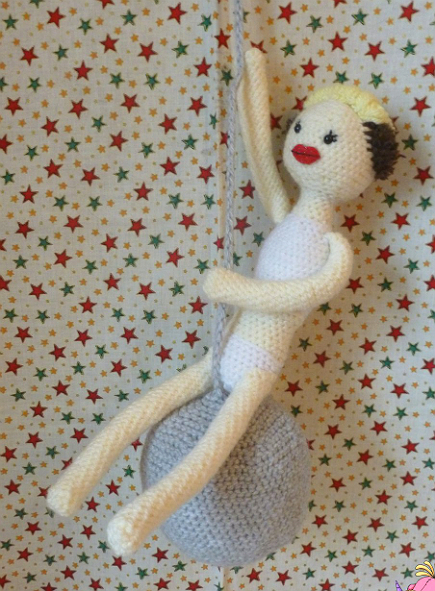 When historians excavate the time capsule for 2013, will they shine a light on Obamacare, the government shutdown or the Grumpy Cat Mask? The CraftFoxes anthropology team opts for the last one. Let other outlets track the top videos of the year. Here we take a trek through some of the craftiest moments of the past 12 months. 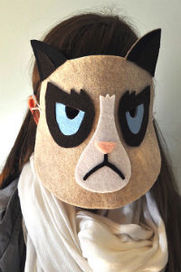 Grumpy Cat isn't even two years old yet but has already achieved world domination, from the New York Times bestseller list to the Cat Video Film Festival. With the grumpy cat mask you can put on a sourpuss face any time you want (and hide those feelings of unbridled joy underneath).

Although Minecraft has been around for a few years, this world-building video game really hit pay dirt in 2013. When you need to take a break from making weapons and fighting monsters, you can always make a Minecraft cross-stitch. 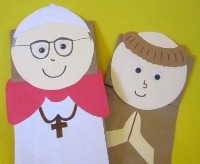 From the moment he entered the Vatican in March, Pope Francis was called many things, including Time magazine’s Person of the Year. Here’s a fun way to introduce the new Pope to kids, via paper-bag puppets. (You supply the fire and brimstone.) 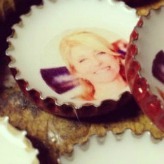 In June, Texas senator Wendy Davis made history with an epic 11-hour filibuster for women’s rights. With this key ring you can not only stand with Wendy, but open doors with Wendy — the door to the Texas governorship, that is! 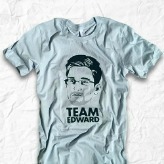 Poor Edward Snowden, he just wants to be left alone (and be allowed to go to Brazil). Show that you’re on Team Edward and not Team NSA with this timely T-shirt. 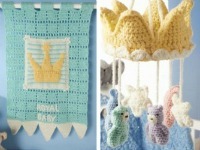 The most anticipated baby of the year, His Royal Highness Prince George of Cambridge, inspired a flurry of bootie and bib making activities across England and beyond. Even if your wee one is a mere commoner, give him or her the royal treatment with one of these knitting and crochet projects.

From the VMA Awards onward, Miley Cyrus rode a wrecking ball into pop culture, twerking just about every taboo in her path. This Miley Cyrus amigurumi is so adorable that it’s wrecking our cuteness meter. 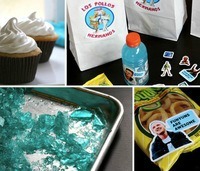 The epic TV series “Breaking Bad” came to an end this year with a (spoiler alert!) bang. Even if you’re just catching it now on DVD, there’s no reason you can’t throw a “Breaking Bad” party complete with blue crystal candy and Jesse Pinkman’s favorite snacks. 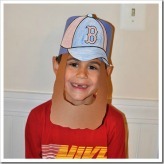 When the Red Sox won the World Series in October, many fans credited the victory to the team members’ full-on “Duck Dynasty” beards. If your kid wears this paper beard, he or she will be guaranteed to win the admiration of whiskered hipsters from Beantown and beyond.

The death of Nelson Mandela at the age of 95 inspired tributes from around the world. Among the most original is this sound wave art print (not pictured) taken from Mandela’s speech upon being released from prison in 1990.

For reasons both good and bad, the reality TV show “Duck Dynasty” made a splash in 2013. These suggestions for a “Duck Dynasty”-themed kids' birthday party are both genius (duck cupcake toppers) and a little disconcerting (camouflage toy gun favors).

When even Kanye is commissioning handmade crafts you know DIY is still happening. Kim Kardashian and Kanye West welcomed North West in June and got engaged in a baseball-stadium proposal in October. But for crafters, this Christmas gift of a painted $30,000 Birkin bag topped it all. It depicts … the Kardashian sisters? In any case, you probably shouldn't try this with a 30K bag (or "ride backwards" on a motorcycle or anything else they do) at home.

Try to resist the onslaught of frosting and cake that comes in a Sharknado wrapper!

These amazing treats were created by Rosanna Pansino.